The baby mama, whose profile on various social media platform gives her name as Sandra Novo Jacob, posted various photos to prove the child his Klint’s.

According to Sandra, she has been keeping it a secret for a long time but now she can’t hide it anymore, as the comedian has been neglecting her for some time.

The baby mama explained that she’s been trying to reach him concerning the upkeep of their child but it has been to no avail.

Sandra shared screenshots of the last time the comedian sent money to her, to prove that he is indeed the father. 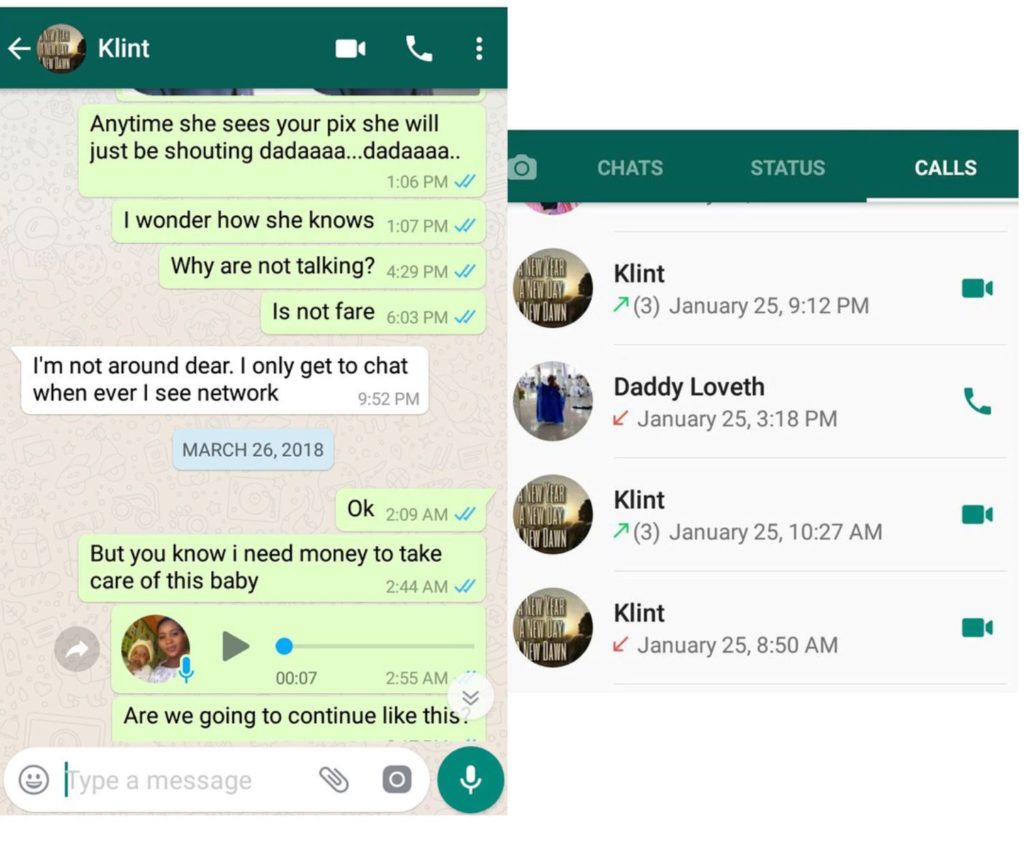 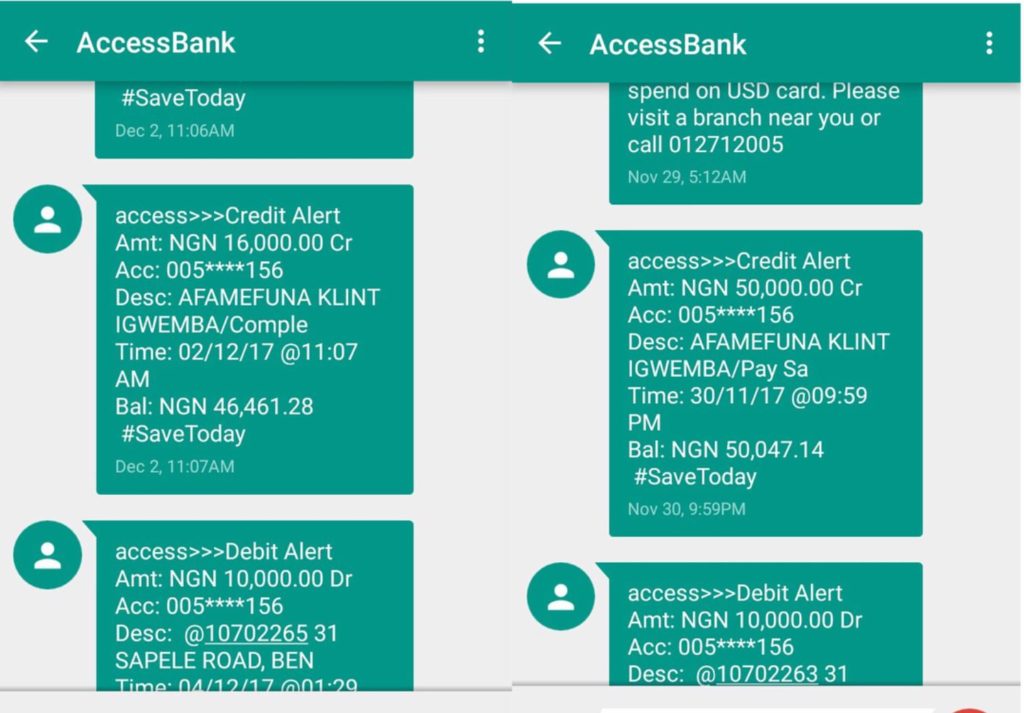 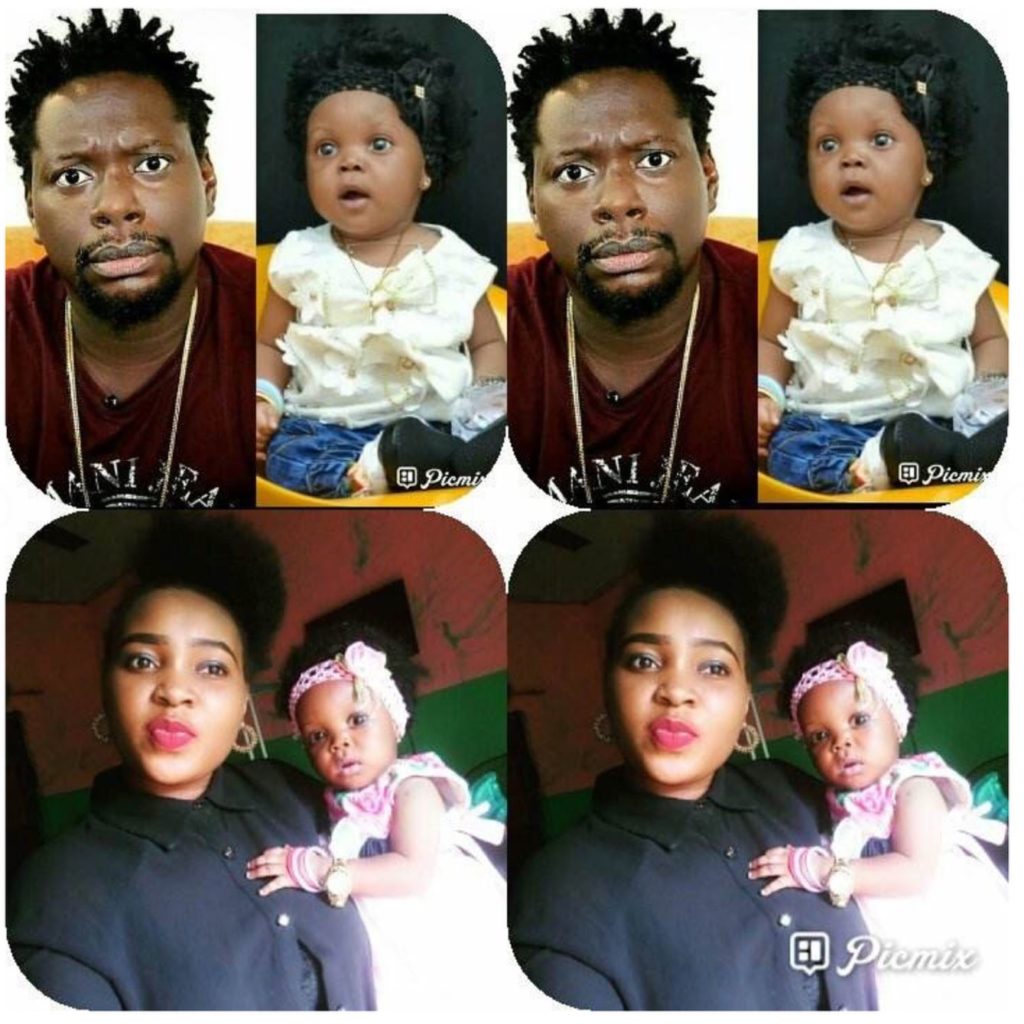 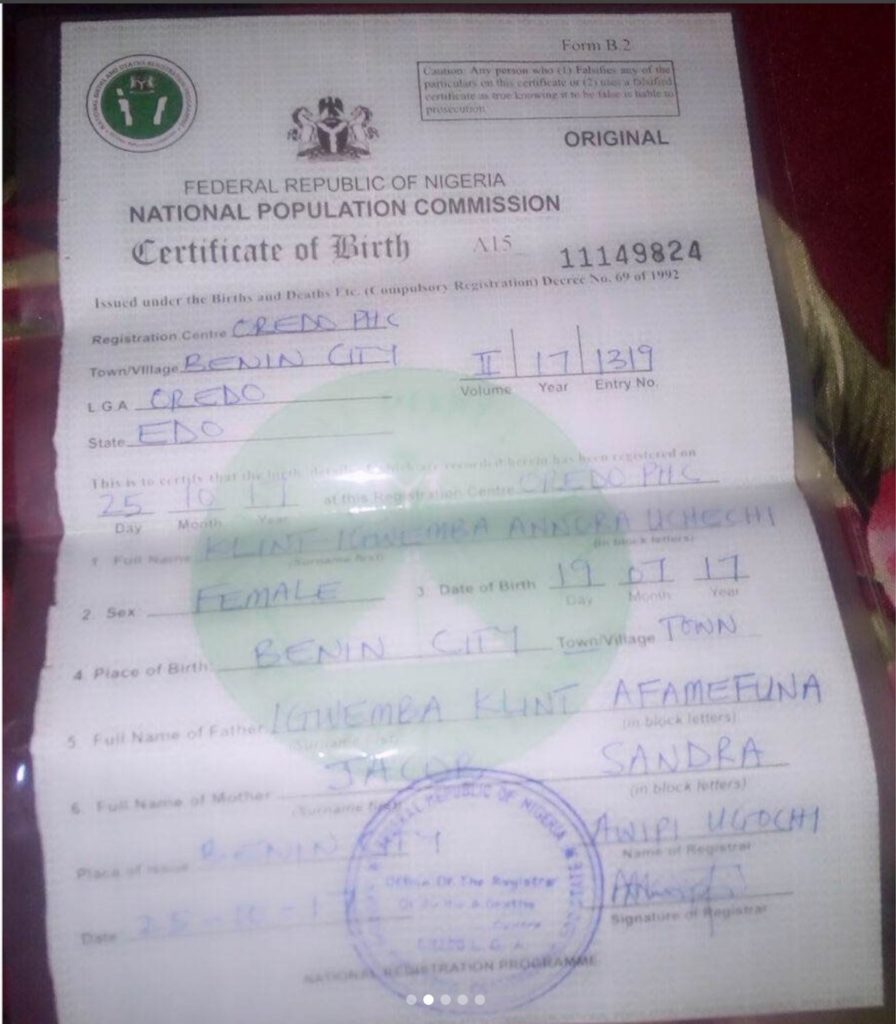 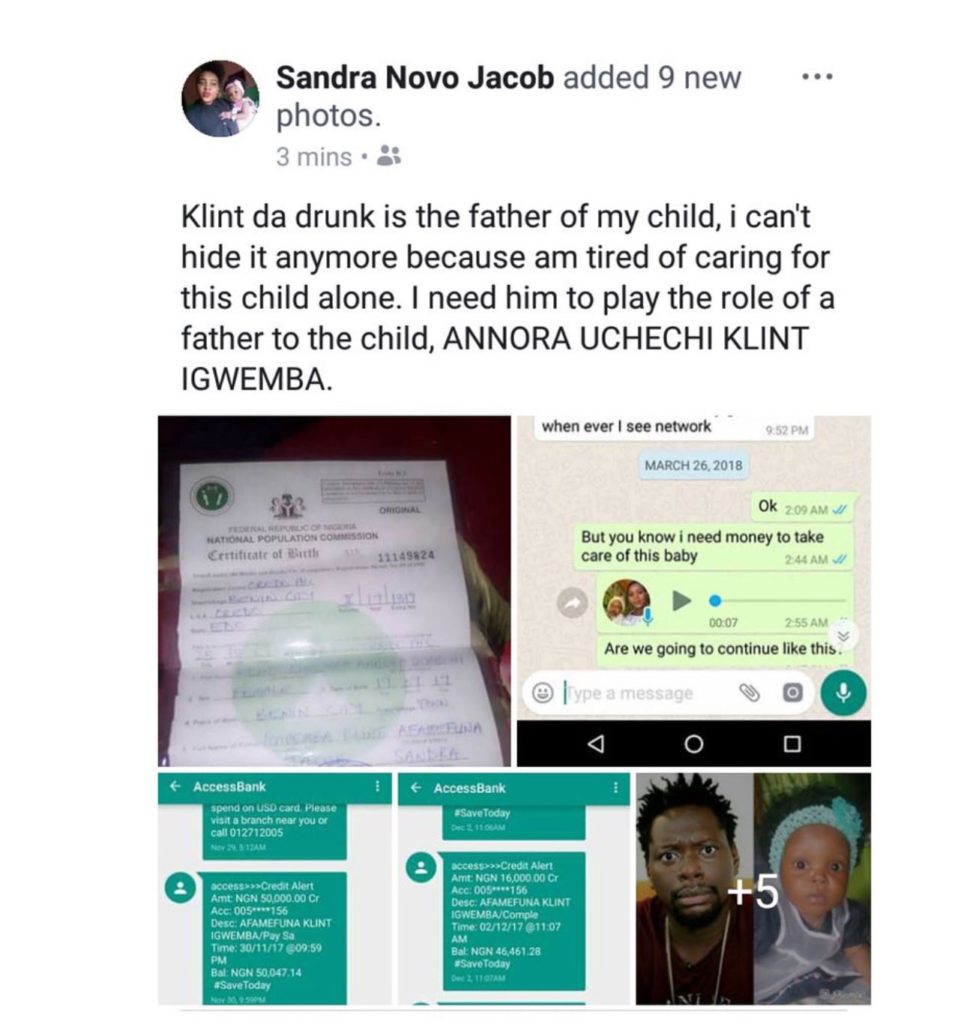