Authorities of the Osun State Polytechnic, Iree, Osun State, on Monday, demanded a probe into the circumstances surrounding the death of a female student, identified simply as Omowumi.

It was gathered that Omowumi, an ND 1 student of Mass Communications department died on Saturday after she took ill in her boyfriend’s house in the Igaa area of Iree town.

The boyfriend was alleged to be an internet fraudster (Yahoo boy).

The deceased suddenly developed complications while still with his boyfriend and was rushed to a private hospital in Iree, but was rejected. She later died while being taken to another hospital.

A female student in her department, who spoke with Punch on condition of anonymity, said the boyfriend had been arrested in connection with the incident.

She said, “Wumi went to her boyfriend’s house in the Igaa area, Iree. She suddenly started foaming in the mouth. She was rushed to a hospital here in Iree, but she was rejected and while being taken to another hospital, she died.

“Her friends reported the matter to the police and some operatives were deployed. They took her body to a morgue in Ikirun. The boyfriend is a student too. He was arrested and taken away by the police.”

The spokesperson for the polytechnic, Tope Abiola, confirmed the incident.

He however, said the arrested suspect was not a student of the polytechnic.

Abiola said, “It is true that an ND 1 student in the Department of Mass Communication died. 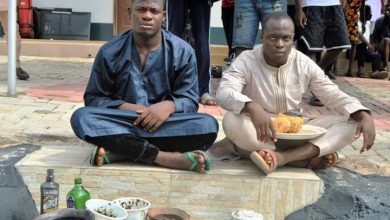