Few weeks after Vanguard Newspapers apologised and retracted its story on the allegations by Timi Frank regarding a N90B FIRS funding to Vice president Yemi Osinbajo for the 2019 elections, another media organization, a broadcast station has apologized to VP as well. 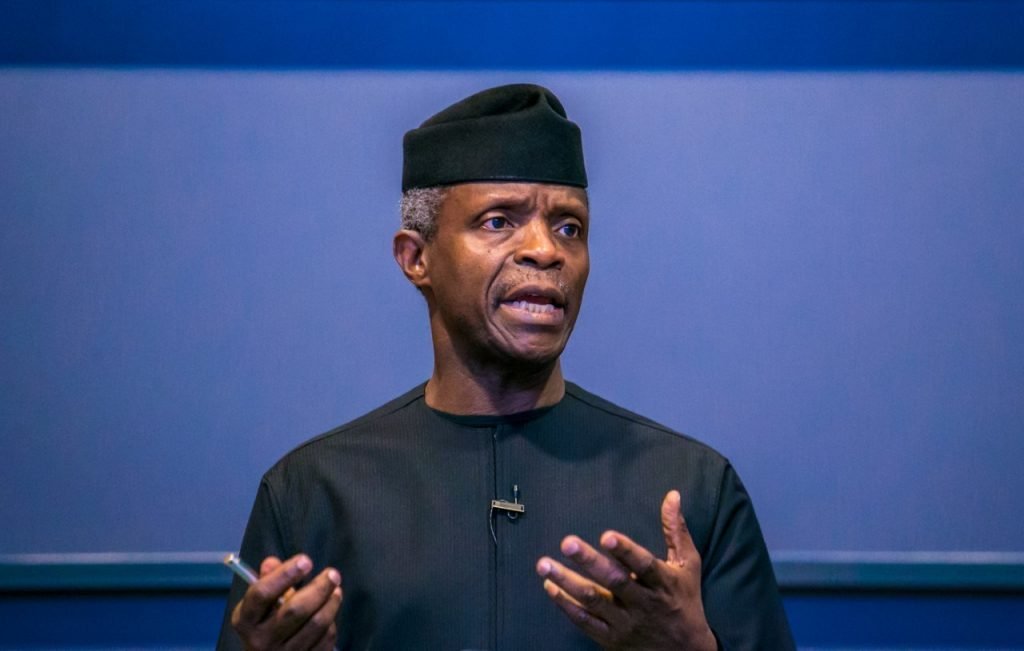 Wazobia FM apologized to the Vice President, saying that it had since discovered, like other well-meaning individuals and organisations that the allegations were baseless, untrue and unsubstantiated.
The station which also aired the report of the unfounded allegations through its popular programme titled: ”Dem Say Dem Say”, retracted the reports, saying ”We are sorry the Vice President.”
The radio station apologised and tendered its unreserved apology to the Vice President, through the presenter of the programme, popularly known as Expensive James, saying that it erroneously joined the broadcast of fake news.

It was gathered that the Vice-President, had ,through his solicitors, Osaror Ehogbami SAN and Femi Atoyebi SAN, wrote to the station that the report was meant to tarnish his hard-earned reputation built over the years, saying that Vice President Osinbajo had never been found wanting or linked to any act of corruption in his private or public offices.

In a letter, the solicitors had said that for over four decades, the VP had been a distinguished scholar and legal practitioner and had risen through the ranks and files of his career. The lawyers added that the VP was Attorney General of Lagos State for 8 years and became a Senior Advocate of Nigeria in 2002 with unblemished records.

The station, however, took a swipe on all the media who carried the report, saying evidence have proven that the report was fake news and a calculated attempt to tarnish the image of the Vice President.

The station said: “Christian Association of Nigeria has said that the allegations are sponsored by those bent on tarnishing the image of the VP, he is not corrupt.
“If our station has joined those tarnishing the VP’s image to carry out fake news on allegations of the N90 bn, we are sorry because, we don’t have any ulterior motive, especially for unfounded and unsubstantiated reports such as that.

“We are very sorry Vice President Yemi Osinbajo, don’t be annoyed, because you are a Godly man,” it added.

The presenter said that the station also looked forward to inviting Vice President Osinbajo to the station to tell his side of the story and expose the cabals said to be responsible for the dissemination of the fake news so that the world could hear from him directly.

It would be recalled that the Vanguard Newspaper had also retracted the baseless story in its entirety, saying that the report lacks factual substances.

In a statement titled:”RETRACTION / APOLOGY to VP Yemi Osinbajo”, the Editor of the paper, Mr Eze Anaba, tendered apology to Vice President for the embarrassment caused by the report, saying that the newspaper holds the VP in high esteem.
The statement read in part:

”We tender our profound apology to Professor Yemi Osinbajo SAN, the Vice President of the Federal Republic of Nigeria on whom the story touches directly and the All Progressives Congress, A.P.C. for any inconvenience or embarrassment the publication has occasioned them. We hold Professor Osinbajo, S.A.N. in the highest esteem.”

I used ransom from my victims to educate my wife, build church, mosque – Suspect