Ogun State Goverrnor, Prince Dapo Abiodun has called on American investors to key into his administration’s Public-Private Partnership initiative and invest in the State. 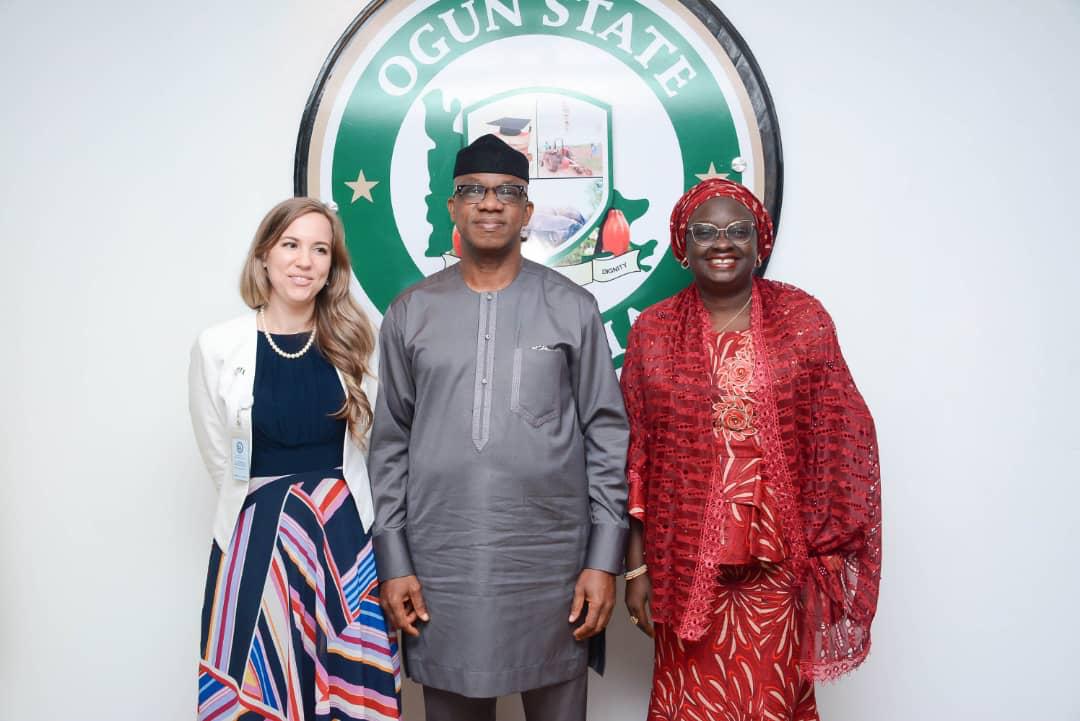 Governor Abiodun made the call when he received in his Abeokuta office, a nine-man delegation from the United States of America Commercial Service, led by Ms. Christine Kelly.

The Governor said, “Ogun State is blessed with a large expanse of land suitable for agriculture, and we also have the highest number of tertiary institutions for quality human resources.”

Prince Abiodun said the State was strategically working towards providing adequate security, good healthcare services and conducive teaching and learning environment to accommodate the influx of people from neighbouring states who might want to live, tour or invest in the State.

“We welcome open channels of opportunities that would allow us take advantage of your Commercial Service. We are working towards taking advantage of the overflow of Lagos by providing security. So far, we have procured 100 patrol vehicles with communication equipment and 200 motorbikes for our security agencies, and we are planning to do more.

“Our health facilities are in a bad condition, but we have started putting them back into shape. We are currently rehabilitating 236 Primary Health Centres, just as we are also reequipping our General Hospitals,” he noted.

The Governor, who said the State Government was liaising with some groups in America for the supply of medical equipment to the State’s Hospitals, added that his administration was willing to partner with American firms who are ready to do business im the State and in any sector of the economy.

Speaking earlier, the Commercial attache in the American Embassy, Ms. Christine Kelly, said the Commercial Service with offices in countries where America has trade relations around the world, was in the State as part of Southwest business outreach.

Ms. Kelly who acknowledged investment potentials in the State, said the Commercial Service as the trade arm of the United States, was out to connect American firms with business opportunities in foreign land, expressing the desire of her Department to enter into business dealings with investors in the State.

She said American firms were ready to compete for opportunities in healthcare and other sectors, adding that the Commercial Service section was looking to partnering with the State on any on-going project.

She applauded the government for setting up a one-stop shop for ease of interaction with government officials, saying that it would ease doing business in the State.