Rural Women have been recognized as pillars of support for growth and development as well as agents of food security in nations and states. 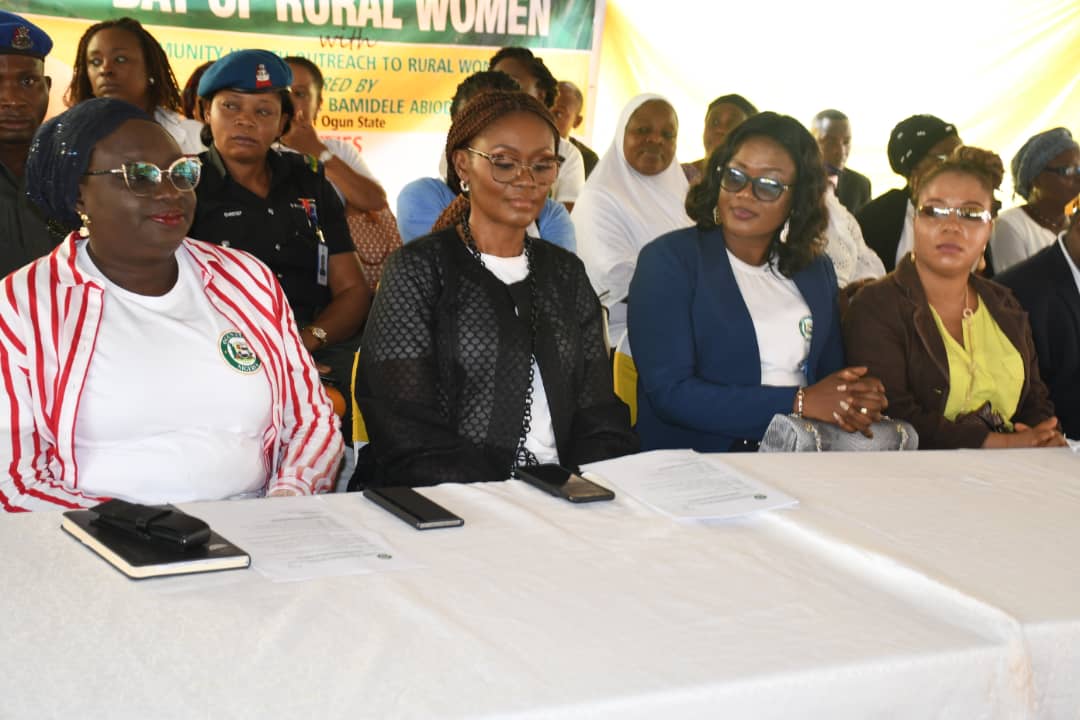 The wife of the Ogun state Governor, Mrs. Bamidele Abiodun gave this recognition at a community health outreach organized by the Office of the wife of the Governor to commemorate the 2019 International Day of Rural Women held at Iloti village, Ijebu East Local Government Area. 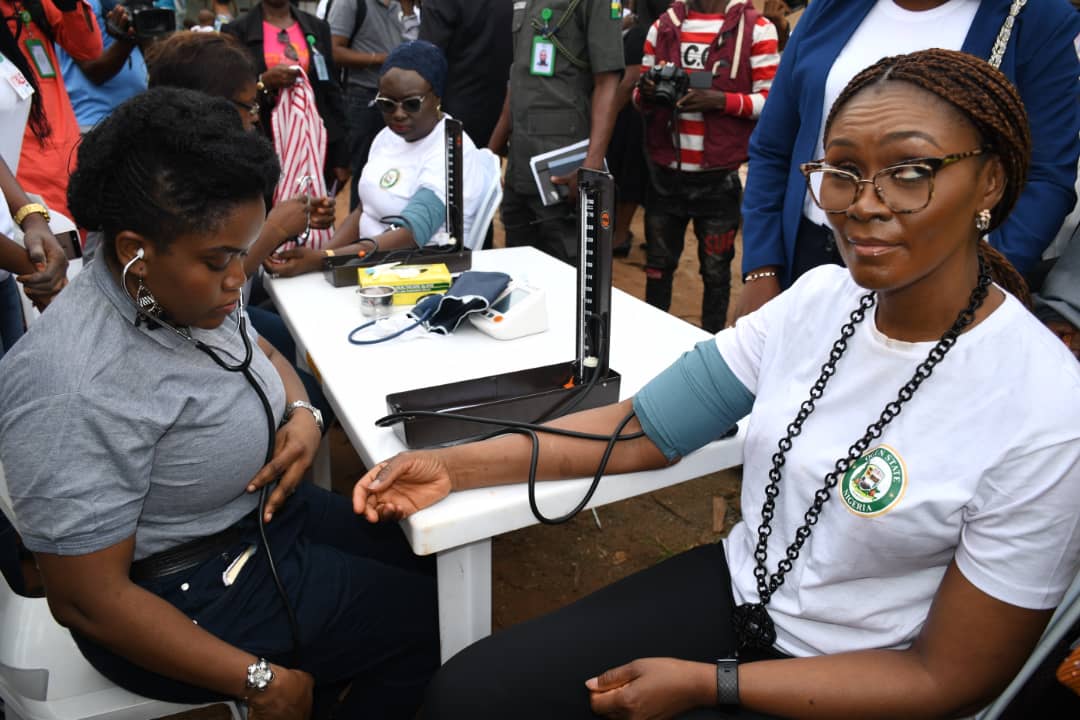 She expressed her concerns over the struggles and plights of the rural women as necessary basic amenities and infrastructure were usually inadequate in the rural areas for ease of life. 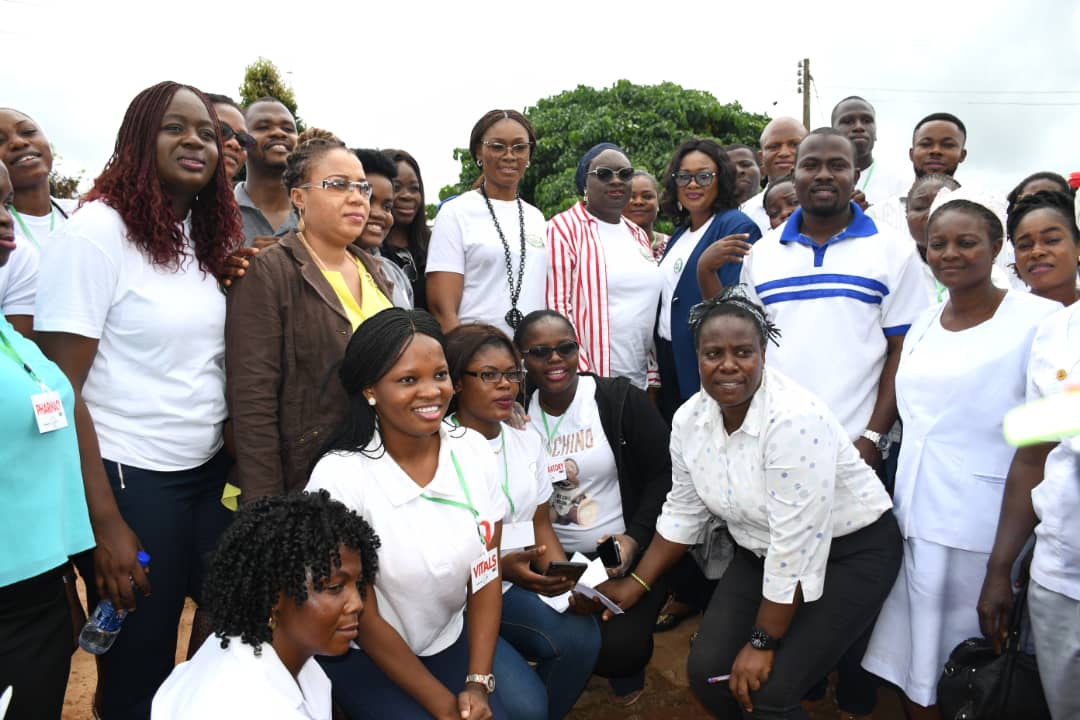 She stated that all they were going through were not unnoticed as this prompted her to show her concern and solidarity by bringing health care to them on that their memorable day.

Mrs. Abiodun maintained that with the support of her husband, she would not relent at empowering and elevating indigent women in the state adding that they formed a large percentage of her target projects.

Earlier in her welcome address, the Deputy Governor of Ogun state, Engr. (Mrs.) Noimot Salako Oyedele assured the women of the dividends of democracy as they played very important roles in the process of electioneering that brought the current administration into power.

She stated that the present administration would as a matter of urgency and commitment provide the pressing infrastructure and in particular good roads to ease the transportation of their farm produce to the towns.

The Kabiyesi of Oke Ako in the area, His Royal Majesty, Oba Osunsami Aladeken earlier in his good will message said he was in support of the involvement of more women in the process of governance which according to him would further ensure all round development of the state.

The Kabiyesi who said the area had not witnessed such good gesture in the last eight years admonished the government to leave no stone unturned by investing more in the population of women and children.

I used ransom from my victims to educate my wife, build church, mosque – Suspect