Business Operators and Residents of Odo-Sangoolu, along  Ijebu-Ode-Epe Express road, Oba Erinwole Road in Sagamu Local Government Area of the State and Iperu Market roads have applauded the palliative and rehabilitation efforts of the Prince Dapo Abiodun led-adminstration, as the development would reduce untold hardship experienced on the roads. 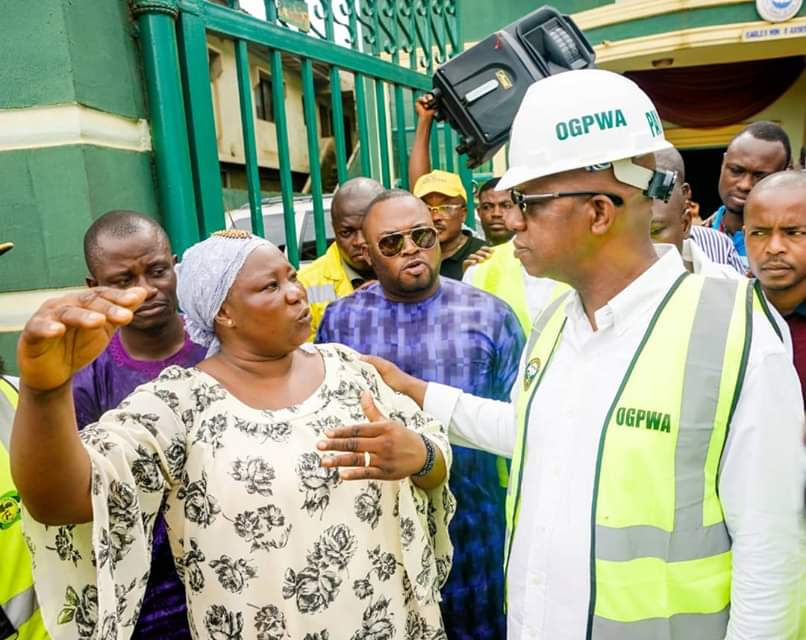 Speaking during an inspection tour of the zone by Officials of the State government, Adesina Adedeji, a transporter decried the poor state of the road, noting that the road had been neglected since the past eight years, calling on government to make the road top priority in its road construction plan, in order to revive the commercial activities and foster even development of the state.

Mr. Michael Bello, a petrol station owner, along Oba Erinwole road, said the deplorable road had been a nightmare for both residents and motorists, shutting them out of business whenever there was heavy downpour.

Also, a community leader, Lamidi Odulanwa, described the palliative work on the road as very apt and necessary, considering its importance to the promotion of commerce, as well as reducing the traffic gridlock on the major Lagos –Ibadan-Sagamu-Ore-Benin Express road.

“This is a very good and timely development and I say kudos to the new government for alleviating our suffering. We thank God for what we are experiencing now’’, he noted.

In Iperu town, Mrs. Grace Osinaike commended the State government for coming to their aid, noting that the palliative work should be extended to other bad portions across the town, as well as provision of incinerators to improve on refuse collection in the town.

Speaking earlier, the Engineer in charge of Iperu Market road, Engineer Lukmon Aworuru stated that culvert construction in Ilishan would commence immediately the rain subsides, promising to ensure de-silting of drainages to allow for easy flow of water that may destroy asphalt being laid.