The leadership of Yoruba Council of Youths Worldwide (YCYW), Ogun State Council under the chairmanship of Hon. Sunday Adebowale is at it again as it recorded another historical moment. 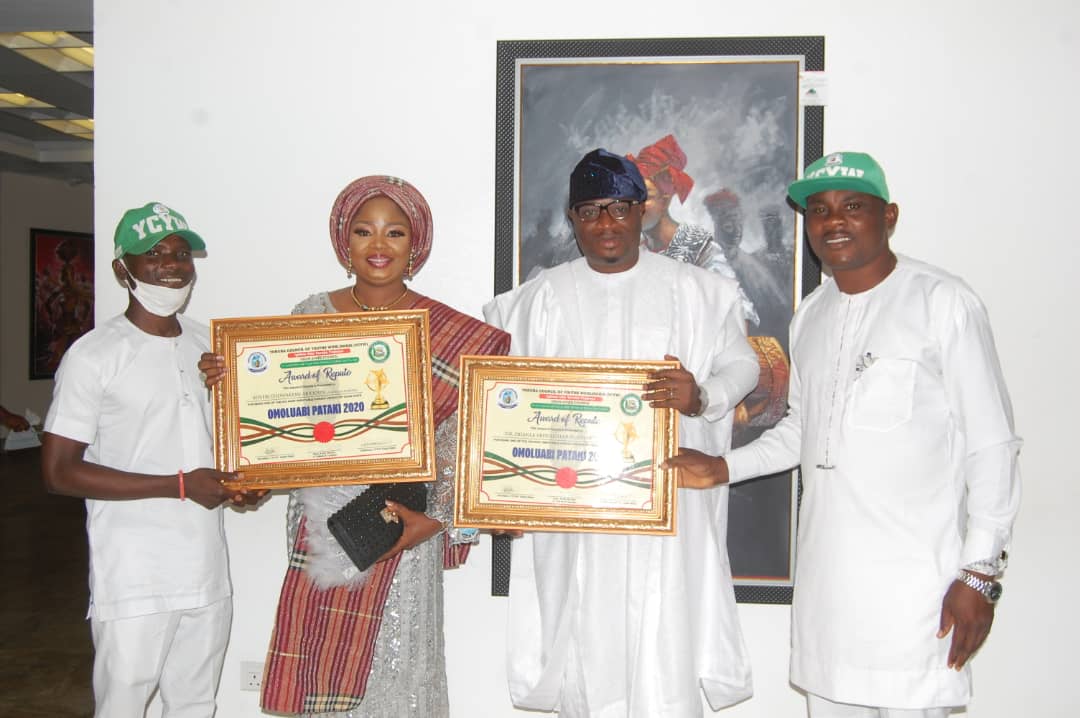 It was the council’s monthly meeting for the month of February as our indefatigable State Chairman led the strategic/planning committee of the 100 Omoluabi pataki of Ogun State under the chairman of Prince Adeleke Ayodeji, to Park-Inn Hotel Kuto-Abeokuta the State capital to commence officially the presentation of awards to the duo of Dr. Dimeji Abdulgafar Oganla and Mrs Shoyebi Oluwakemi Abiodun, both whom are amongst the lucky awardee.

Hon. Sunday Adebowale in his opening remarks congratulated the two awardees, and further urged them not to see this award as just a means of decoration but a challenge to grease their elbow to do more of their impactful development of the course and service to humanity. He further stated categorically that with this award, the state government through the Ministry of Culture and Tourism has felt and acknowledged their impactful roles to the growth and development of our beloved Gateway State most especially the youths constituency.

Also was the remarks of the planning committee chairman in person of Prince Adeleke Ayodeji, who congratulated the awardees on behalf of the committee and reiterated that the award has been established by the council to complement the efforts of Ogun State Government in ensuring that the Youths of our dear State are duly encouraged for their immense contribution to the development of the state.

The duo of Dr Oladimeji Gafar Oganla and Mrs Shoyebi Oluwakemi Abiodun in their remarks, appreciated the state government as well as the leadership of the council for bringing up this initiative and considering them worthy as part of the lucky winners of this noble award, they further assured the council never to get tired in their service to humanity, and to do everything humanly possible within their reach to always contribute to the development of the state, they also assured the council of their availability at every point in time, to always work assiduously together on initiatives that can help build the youths constituency of the state, and never to deviate from portraying the virtues of an exemplary Omoluabi as a true son and daughter of Yoruba Land.

The event was a very delectable one as it had the presence of distinguished personalities and elites of the state amongst which are;

On the final note, it was unanimously agreed by the executives present as the State chairman pronounced Dr. Oganla Gafar Oladimeji as Yoruba Council of of Youths Worldwide (YCYW), Ogun State Patron designate which he (Dr. Oganla Gafar) humbly accepted as he was filled with joy.