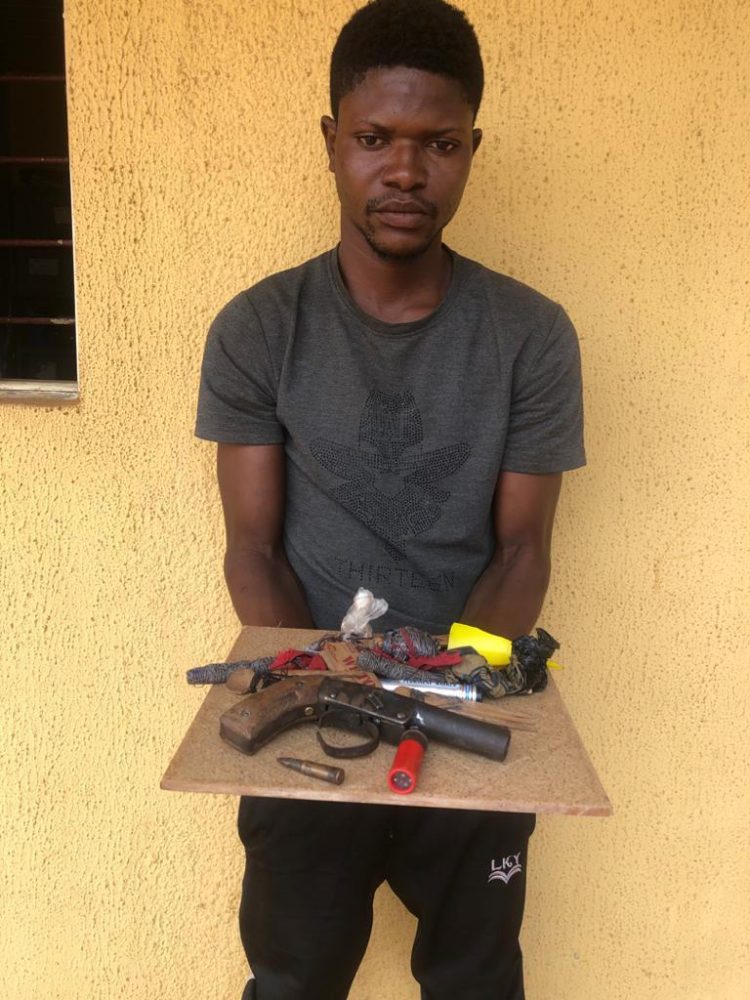 te had been arrested by men of the Ogun State Police Command.

The spokesman of the Command, Abimbola Oyeyemi, disclosed this in a statement on Sunday.

Oyeyemi said the suspect was arrested on August 20, 2020 at about 12 noon when the Divisional Police Officer of Ilaro, CSP Olayemi Jacob, was on routine patrol with his men along Idogo Road.

Jacob was said to have sighted Ojugbele who had been on the wanted list of the command for quite sometime on top of a motorcycle.

He was quickly intercepted and subsequently arrested.

A search was conducted on him on the spot and the following items was recovered from him: one locally made pistol, one live cartridge, one 7.65 mm live ammunition and assorted dangerous charms.

The suspect has confessed been a member of the dreaded Eiye cult group and they were responsible for series of cult clashes within Ilaro and its environ.

The Command’s Commissioner, Edward Awolowo Ajogun, has ordered the transfer of the suspect to the State Criminal Investigation and Intelligence Department for discreet investigation and prosecution.

Ajogun also warned that violent cult groups will not be allowed to fester in the state under his watch.

He called on any of the cult members who is willing to denounce his membership to come forward as they will be given amnesty.

California Fires: This Is What Happens When You Breathe In Smoke