The Ogun State House of Assembly today played host to a delegation of the State Indigenes in diaspora led by Demola Ibrahim, on the proposed Public Private Partnership facilitation of Smart City projects comprising of an airport and Aerotopolis which will serve as a catalyst for more private investment opportunities meant to turn around the economic fortunes of the State. 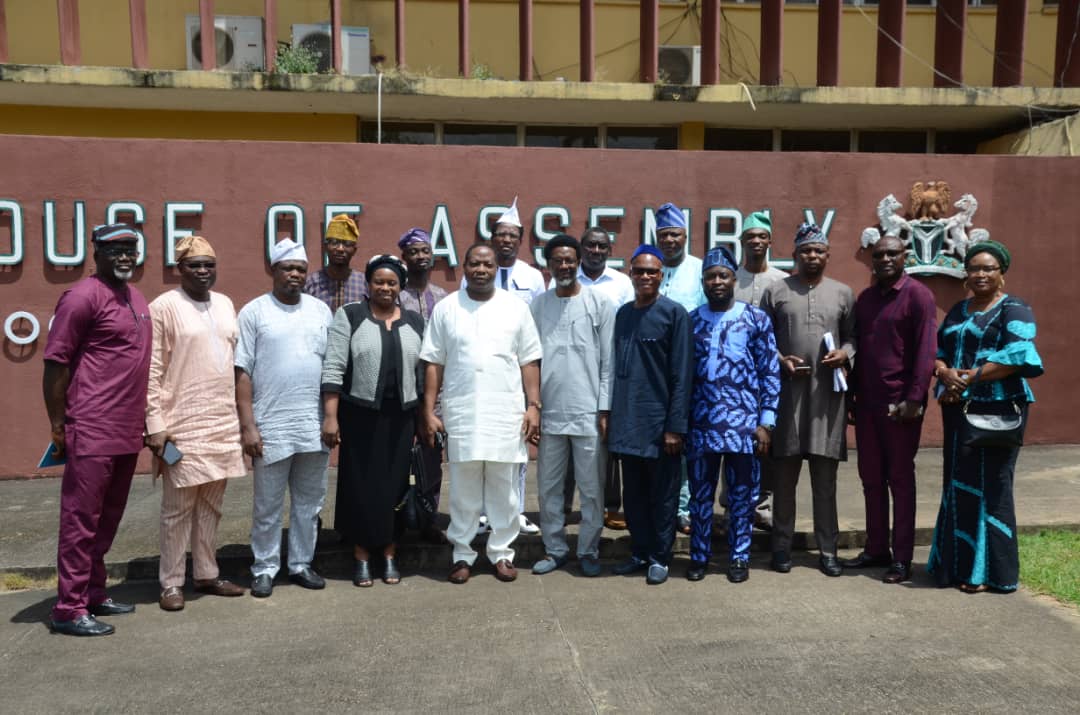 Speaker, Olakunle Oluomo, while recceiving the delegation in company of other honourable members, assured that the State Legislatu uld facilitate the link between the investors and the State Government to ensure that the State key into such laudable investment opportunities to further empower the people of the State.

Oluomo, who spoke shortly after the presentation by the delegation at the Assembly Complex, Oke-Mosan, Abeokuta, remarked that a bill that would cover operational guidelines for public private partnership arrangements to encourage investment and promote ease of doing businesses was already before the Assembly.

Earlier in his remarks, the leader of the delegation, Demola Ibrahim, said that the team which consisted of indigenes of the State was in partnership with reputable foreign development partners to facilitate the construction of the Smart City comprising; State of the Art Airport, Aerotopolis and e-commerce/retail space, which when operational, would place the State on the world map as a more economically viable entity.

Corroborating Ibrahim’s view, a member of the team, Mrs. Yinka Areago said the proposed Smart City was aimed at leveraging on the economic and geographical advantage of the gateway State to attract more infrastructural development, employment opportunities for the teeming populace, while increasing the Gross Domestic Product of the State and nation at large.

Areago added that the facility when operational, was capable of positioning the State and nation in general as a more development-oriented entity, as it would bring about diversification of economy through massive investment in tourism, agriculture and information technology amongst others with a view to improving on the nation’s economy.

Lagos, Ogun, Kano, others to Get New Police Chiefs