Ogun State House of Assembly has acknowledged the receipt of a correspondence from the State Governor, Prince Dapo Abiodun conveying the proposed bill on the State Security Network Agency and Amotekun Corps to the legislative arm. 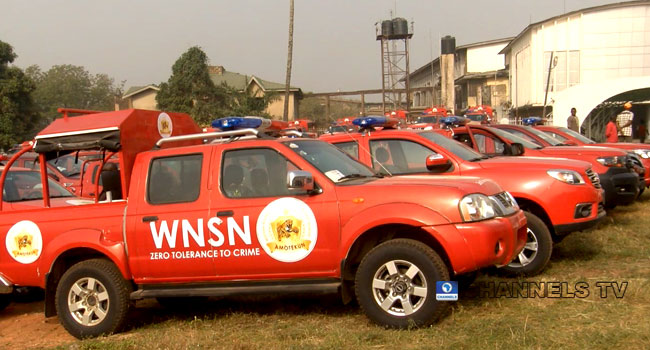 Upon the acknowledgement, the Assembly reiterated its renewed assurance of harnessing the views of the citizenry and necessary stakeholders in the legislative process of ensuring the speedy passage of the bill into law.

The proposed bill according to the governor’s letter to the Assembly dated 12th February, 2020 , read by the Speaker, Rt. Hon. Olakunle Oluomo, was approved at the second meeting of the State Executive Council held on Friday, 11th of February, 2020, with a view to maintaining law and order in the State.

“I forward herewith a bill for a law to establish the Ogun State Security Network Agency and Amotekun Corps to assist in maintaining law and order in the State and for connected purposes as approved at the second meeting of the Executive Council of Ogun State held on 11th February, 2020, for the kind consideration and passage of the House of Assembly”, the letter partly reads.

In another development, the Assembly has passed the State Judiciary Funds Management Law, 2020.

The passage of the bill titled: “HB. No. 034/OG/2020- The Ogun State Judiciary Funds Management Law, 2020” was consequent upon the presentation of the report of the House Committee on Justice, Ethics and Public Petitions led by Hon. Solomon Osho, who thereafter moved the motion for its adoption, seconded by Honourable Akeem Balogun and unanimously supported by the Whole House through a voice vote.

The bill was later read and adopted clause- by – clause before the motion for the third reading was moved by the Majority Leader, Yusuf Sheriff, seconded by Sylvester Abiodun, while the Ag. Clerk of the Assembly, Deji Adeyemo, did the third reading.

Responding, Speaker Oluomo directed that the clean copy of the bill be forwarded to the Governor, Prince Dapo Abiodun for his assent.