In a letter dated June 20, 2022, addressed to Oladunjoye and personally signed by Kabiyesi Akija of Ikija, the royal father said the decision was taken after a wide consultation with; and an agreement by, his people that the Aremo title be conferred on Oladunjoye, who was a local government council chairman in Ijebu East between 2007 and 2010; and presently the State Publicity Secretary of the ruling All Progressives Congress (APC) in Ogun State.

The letter of offer read in parts: “After a wide consultation with my people, it was agreed that I should offer you the chieftaincy title of AREMO of Ikija-ljebu. Among other qualities we considered in arriving at this decision are: You are a honest and dependable person; and your habit of putting smiles on people’s faces irrespective of where they come from, shows how kind-hearted you are and it is widely appreciated.

In view of these, you definitely deserve this honour. I wish to heartily congratulate you on this appointment and also expect a reply of acceptance or otherwise from you.” 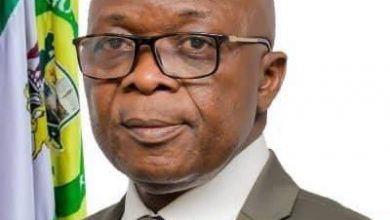