The Executive Chairman of Odeda Local Government, Alhaja Folasade Adeyemo has joined the wife of the ogun state governor, Mrs Bamidele Abiodun and deputy governor of the State , Engr. Noimot Salako-Oyedele to campaign against gender-based violence against women in the state. 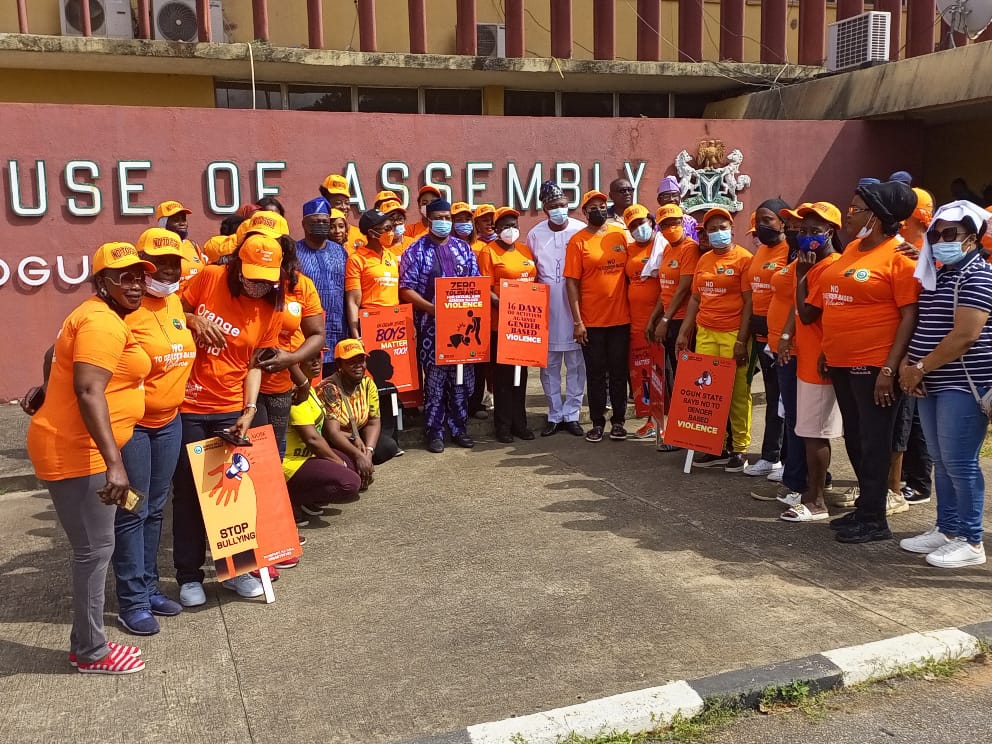 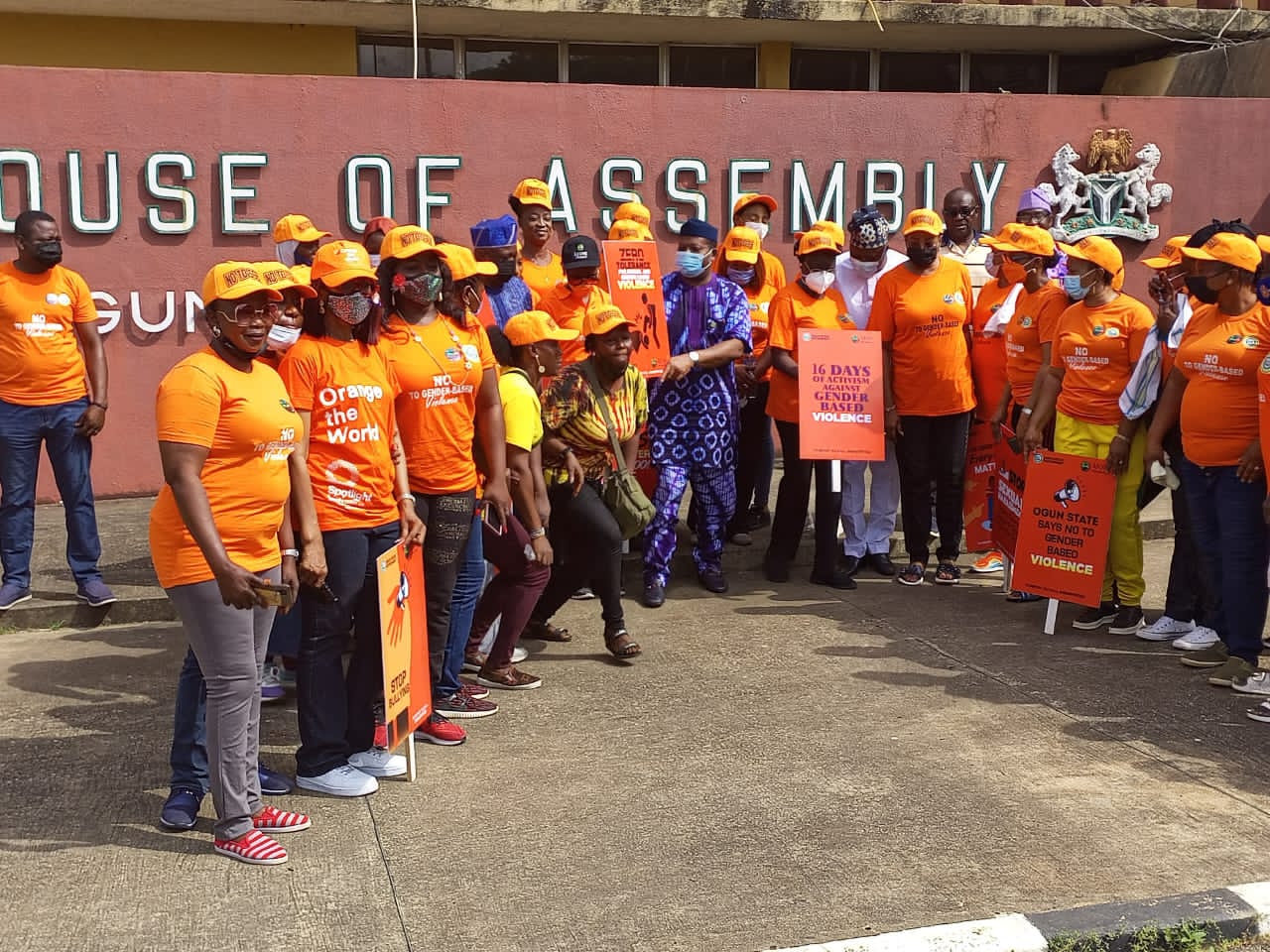 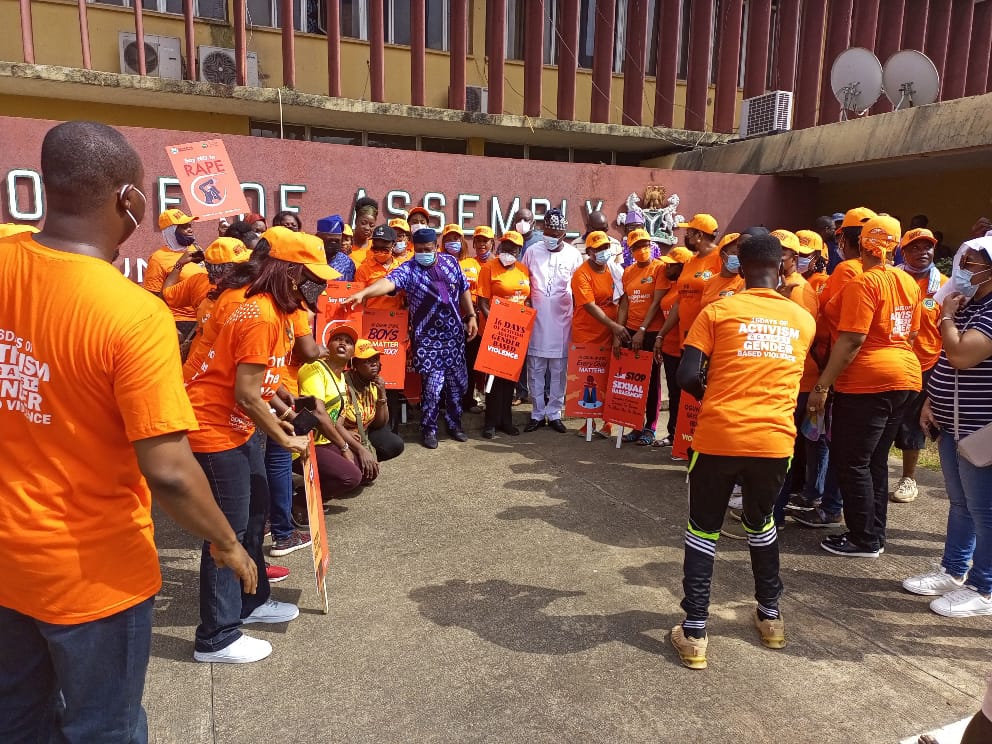 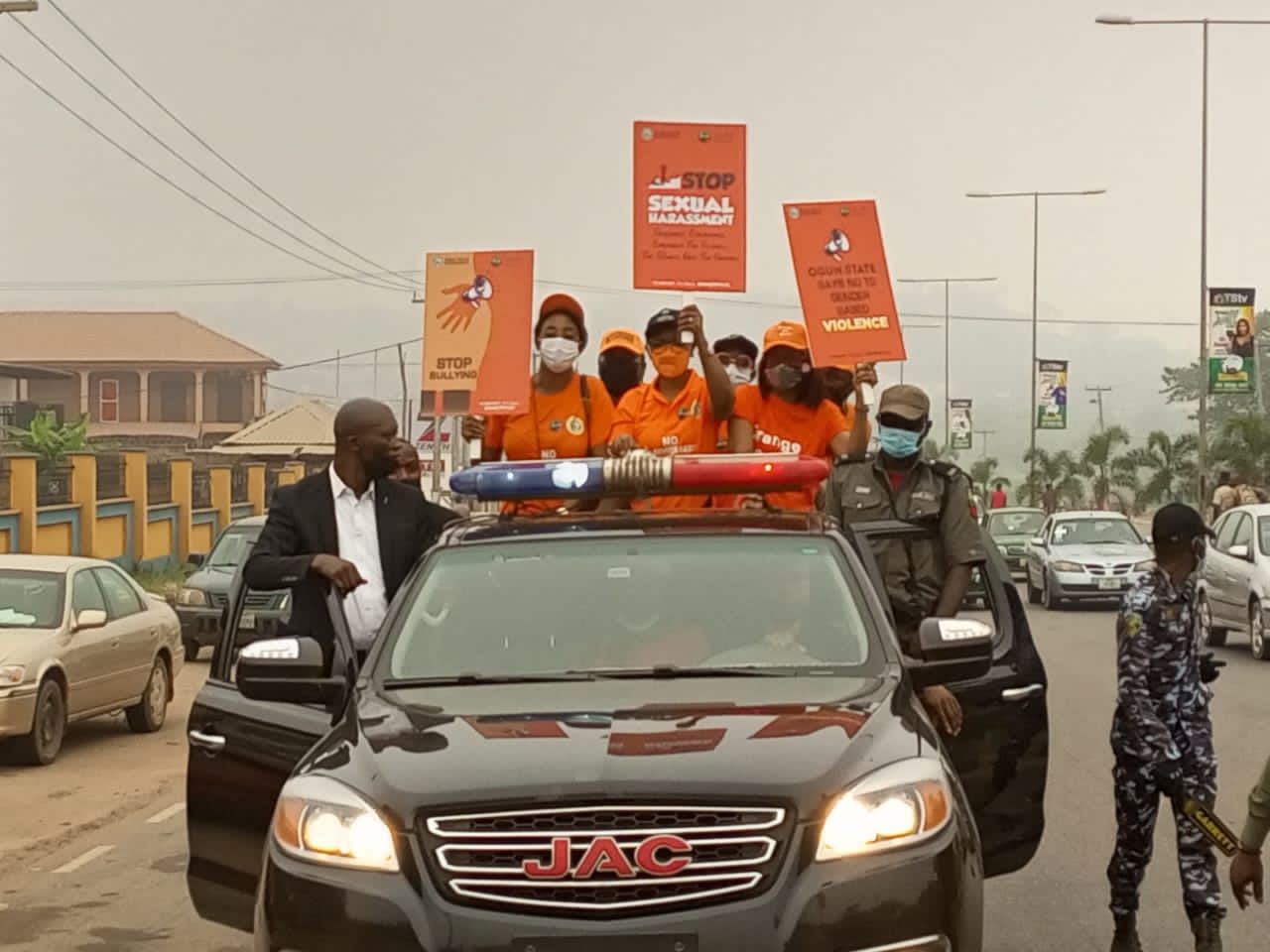 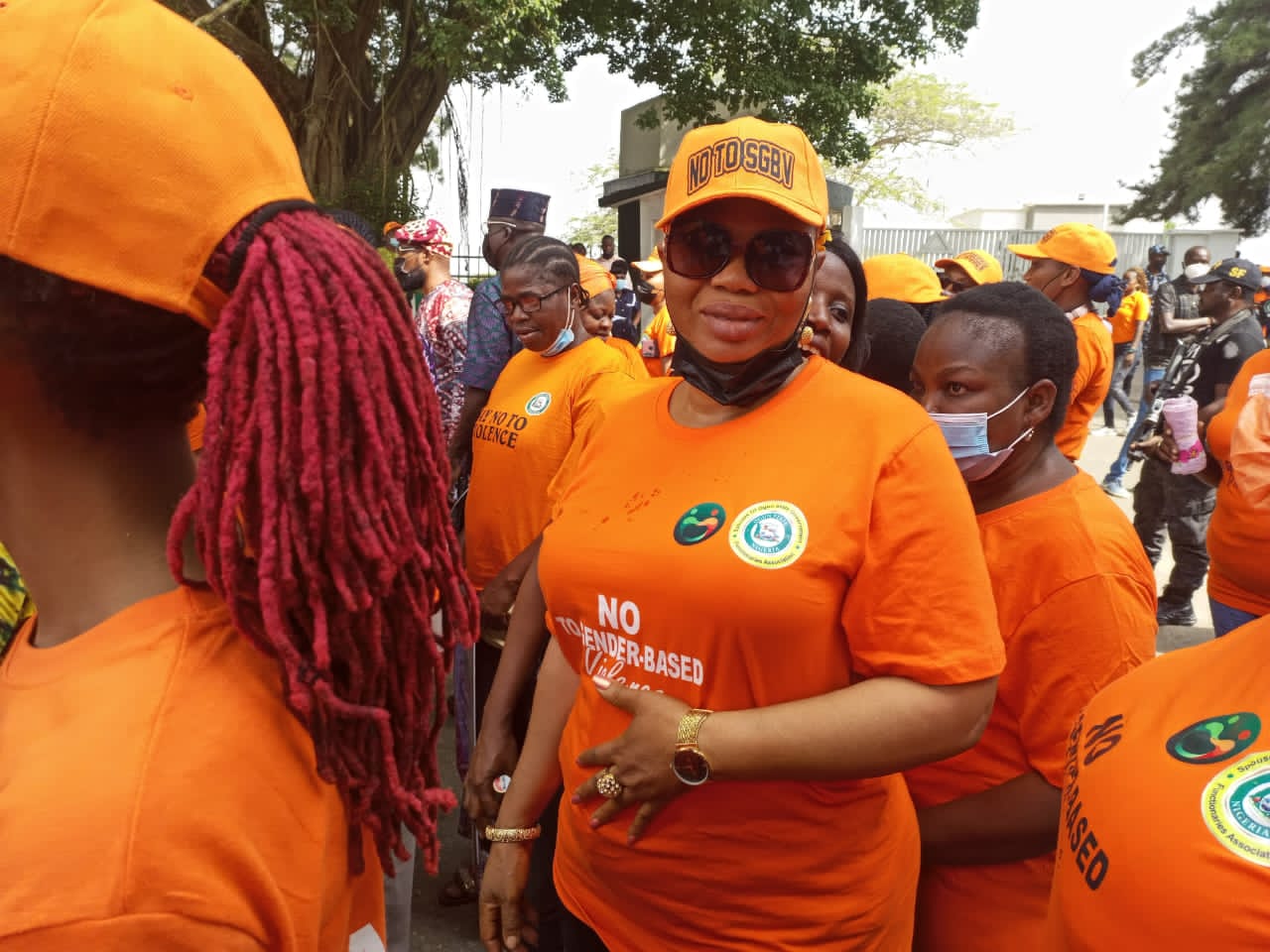 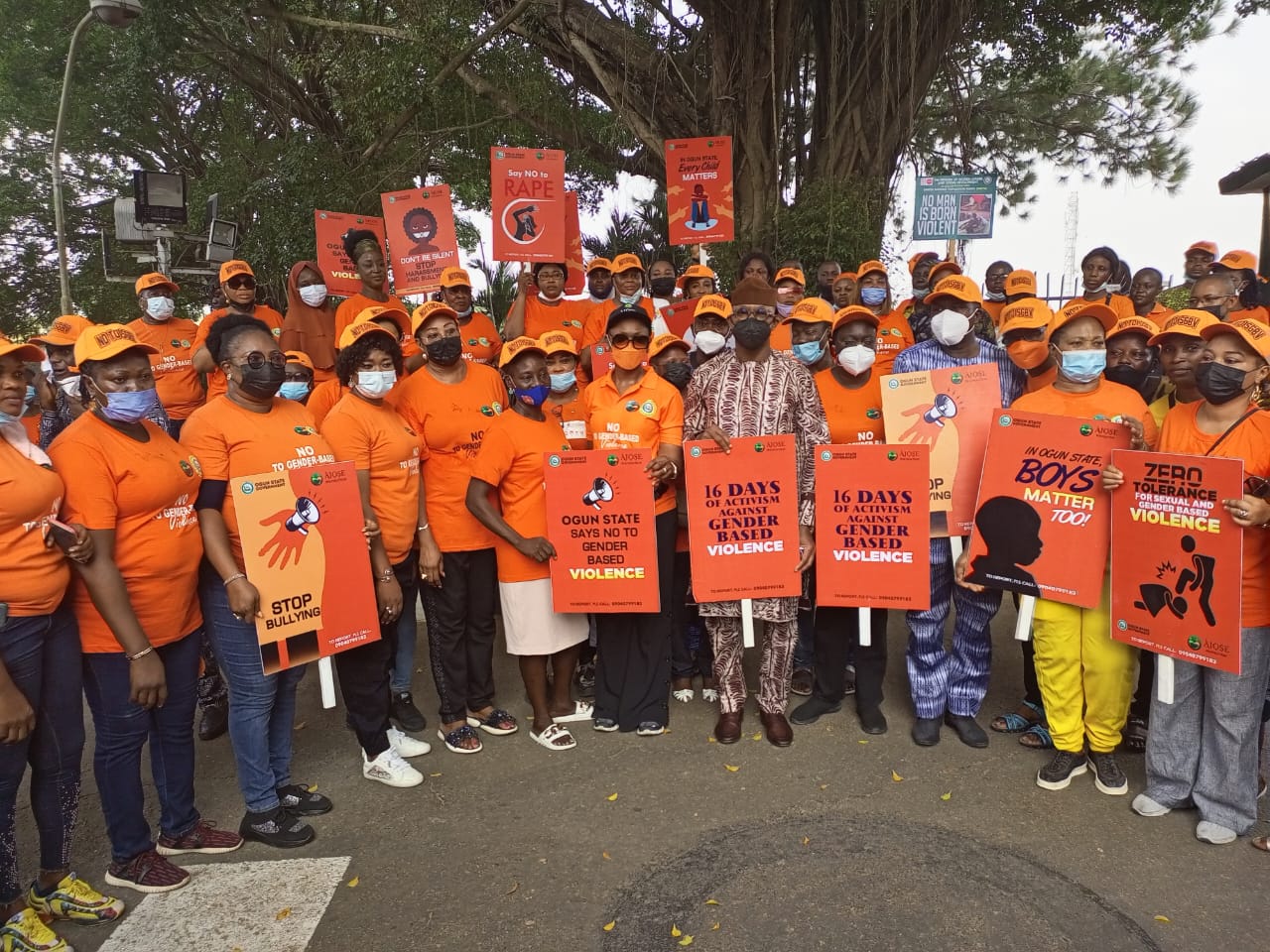 They expressed the concern at the 16 Days of Activism against Gender-based Violence rally across Abeokuta metropoli to Governor Office Oke Mosan Abeokuta.

The sixteen days of activism against gender-based violence which began on November 25th. The event is an annual international campaign and this year with the theme “Orange the world: End violence against women now!”

The first lady called for more efforts to prevent and eliminate all forms of violence against women and girls.

She also called for more efforts from all concerned parties because of the alarming increase in cases of gender-based violence over the past year.

She urged community leaders, influencers, and all concerned stakeholders to join in finding more ways to make more impact in this regard.

While Welcoming them to the seat of power,the governor of the state and her husband, Prince Dapo Abiodun expressed appreciation to the First Lady and Ajose Foundation for the visit.

The governor lauded the good initiative of Her Excellency, while assuring her of the executive’s unflinching support to enable her succeed in the fight against all forms of domestic violence and sexual abuse in the state.

Speaking further, Abiodun also thanked the deputy governor, the commissioners and other stakeholders for supporting good cause and promise to use his good office in assisting them in CURBING GENDER BASED VIOLENCE.

Earlier in his remarks, the speaker of the house of Assembly, Rt.Hon. Olukunle Oluomo commending the stakeholders including the Wife of the Governor, the Deputy Governor, the Commissioner for Women Affairs, Funmi Efuwape and former Speaker Titi Oseni-Gomez amongst others for choosing gender based violence as the focus, the Speaker pointed out that such abuse was being face by women and men daily and all efforts must be geared towards stamping it out of the society.

Oluomo assured that even the international day of human rights, which coincided with the campaign against gender based violence was a pointer to the fact that there was need for the Assembly to ensure that all relevant laws that protect human rights needed to be amended to accommodate the current and emerging realities in the country to further protect the people.

He equally challenged the stakeholders to also sponsor a bill that would handle all cases relating to gender based violence and forward same to the Assembly for consideration.