The Wife of the Governor of Ogun State, Mrs. Bamidele Abiodun has charged Spouses of Ogun State Government Functionaries on the need to complement the efforts of their husbands in governance by extending a hand of fellowship to support the less privileged in the society. 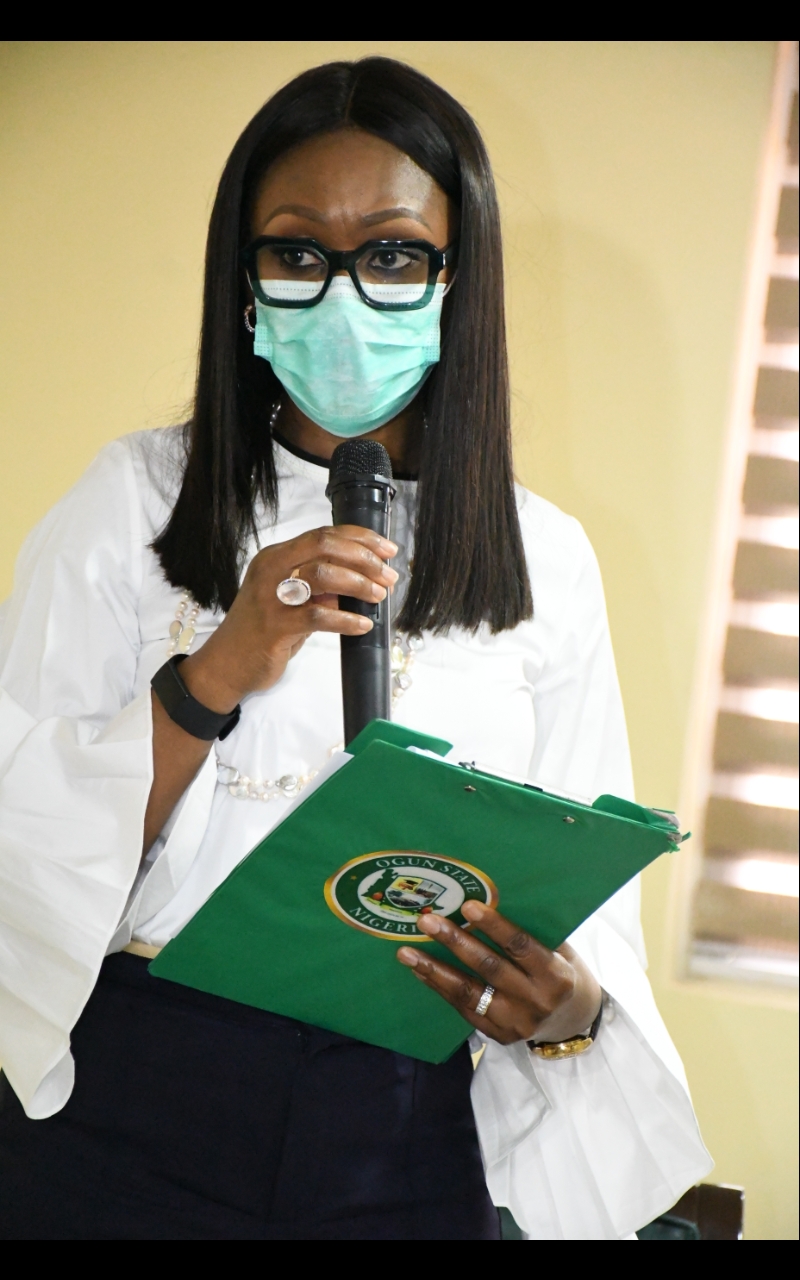 Mrs. Abiodun gave this charge at the inaugural virtual meeting of the Spouses of Ogun State Government Functionaries Association held at the Conference Hotel, Oke Mosan, Abeokuta to deliberate on ways to ensure compliance with guidelines on curbing the spread of covid-19 pandemic and nipping the incessant rape cases in the bud.

She urged members to continue to see to the needs and the welfare of women and children and help to ameliorate the sufferings of the physically challenged and the aged in the state as a way of playing their roles in the ‘building our future together’ agenda of the State.

Mrs. Abiodun, who is the Chairperson of the Association noted that the importance of members were not limited to caring for their home fronts alone but also to other areas where great impact could be felt in the state.

“As theouses of Public Officials, our main concern should be the areas where we can have the most impact. The family unit in our communities should of course be a major focus with special attention paid to issues that affect women, children and the most vulnerable among us”.

She decried the low compliance level of people in the state to wearing of face masks especially in high density areas like the markets calling on all to wake up to the reality of the pandemic by strictly adhering to the laid down guidelines to prevent further spread of the virus.

Mrs. Abiodun also described the rampant sexual and gender based violence on women and girls as an emergency that needed urgent attention imploring members of the association to come together, suggest and intervene in these issues that directly affect the people of the State by enbarking on massive education and enlightenment in their various capacities.

She disclosed that plans were underway to create referral centres for victims of rape and violence in the three Senatorial Districts of the state and train Local Government Chairmen’s Wives on how to respond to sexual and gender based violence in their various communities.

The members in their unanimous contributions and suggestions pledged their full and unflinching support for the course and swiftly allocated roles and commitments towards the actualization of the projects.