Indigenes of Ogun State have reacted to a photograph that surfaced on the social media on Sunday night, where former House of Representatives member, Hon. Ladi Adebutu was seen on a chair having a handshake with Gov Dapo Abiodun of Ogun State, who was on his feet. 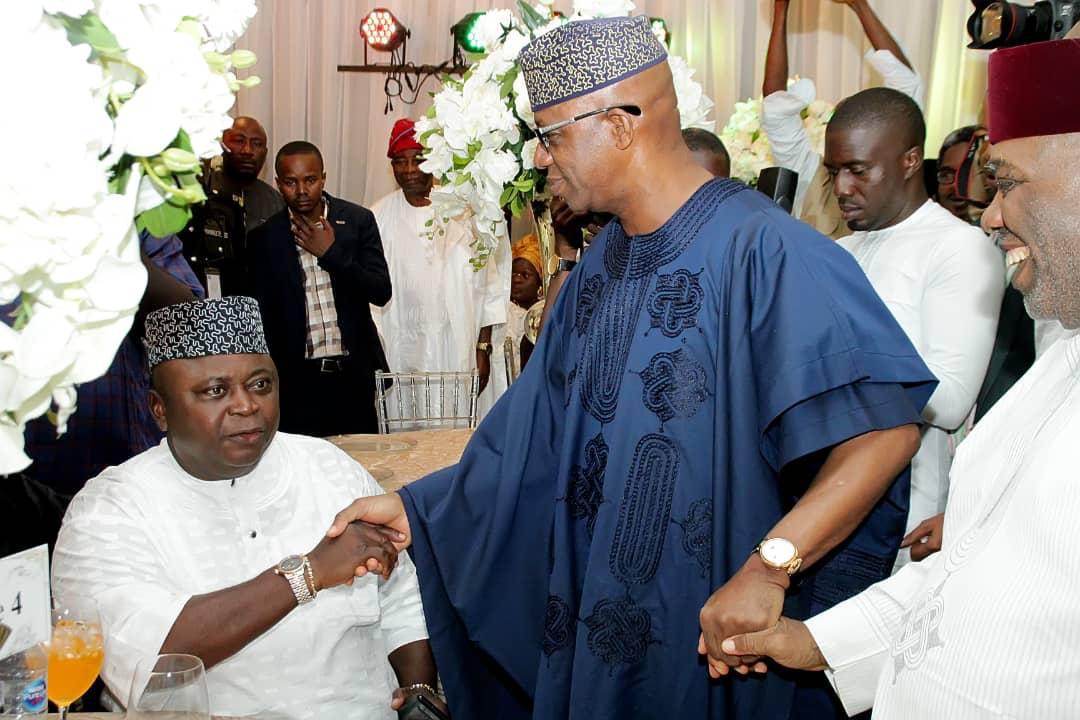 The duo of Abiodun and Adebutu met on Sunday at the 80th birthday party of Prophetess Victoria Fayose, mother of the former Governor of Ekiti State, Ayodele Fayose.

Gov Abiodun, standing, was seen holding a former spokesperson of former President Goodluck Jonathan, Doyin Okupe and at the same time maintaining a handshake with Adebutu, whose look did not depict cheers. 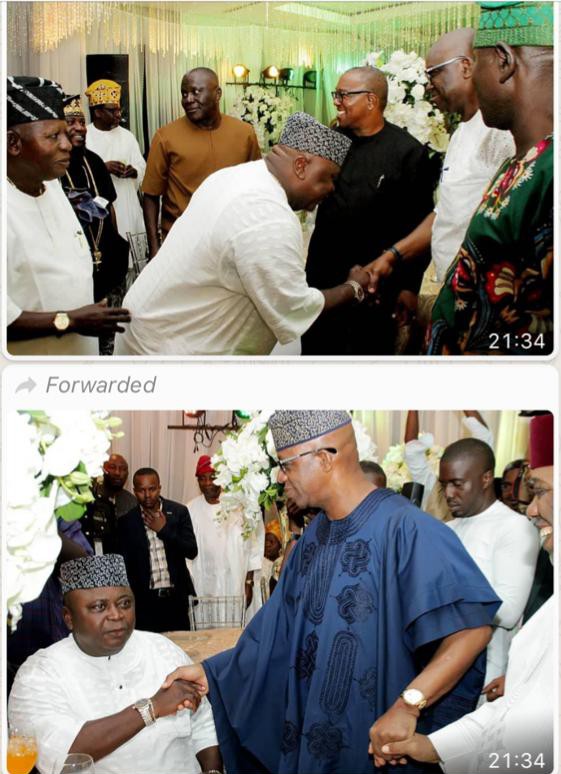 People accused Adebutu of disrespecting The governor and the office of the governor.

Do not forgwt that Adebutu and Abiodun hail from the same Iperu in Ikenne Local Government of Ogun State.

In the build up to the 2019 elections, Adebutu aspired to run for the governorship race and got the support of the leadership of the Peoples Democratic Party (PDP).

However, Sen. Buruji Kashamu succeeded in clinching the ticket of the PDP in Ogun State as a result of court judgments that favoured him.

But Adebutu, it was learnt, believed Abiodun and some national leaders of the All Progressives Congress (APC) were instrumental to how Kashamu defeated him in court for they know he (Kashamu) would support Abiodun even while flying the PDP flag.

Consequently, Adebutu, few days to the governorship election, declared his support for Hon. Adekunle Akinlade of the Allied People’s Movement (APM); a decision his father, Chief Kensington Adebutu, kicked against.

Below are the commments : 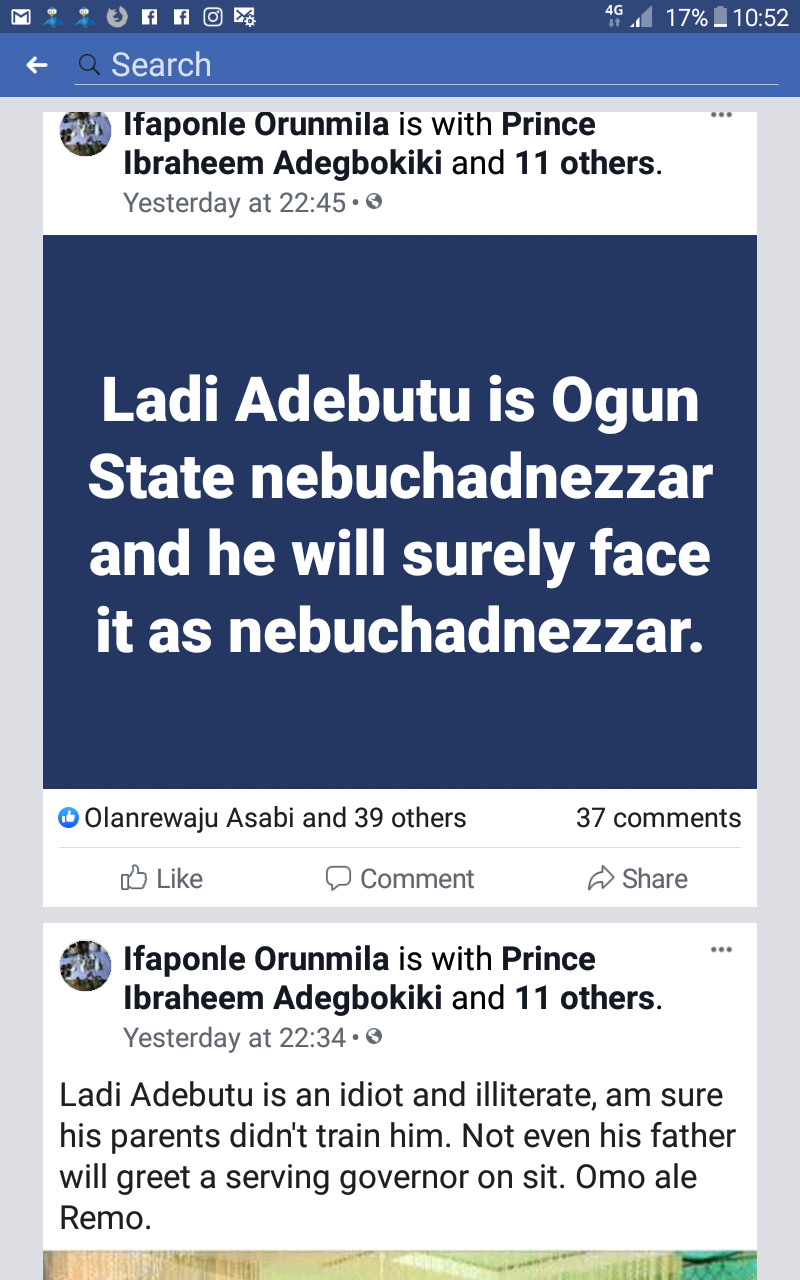