Boko Haram’s plot to attack Lagos State, Southwest Nigeria has been foiled by the Nigerian army, with eight suspects arrested in connection with the planned attack. 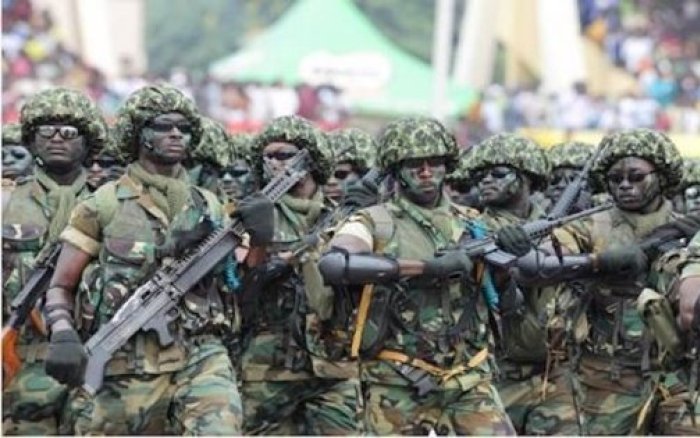 Reports had it that the insurgents planned to attack one of the universities two weeks ago in Lagos before the army foiled the plan.

It was gathered that operatives of 81 Division of the Nigerian Army who were fully alert foiled the attack, as four persons said to be connected with the attack were arrested and taken to Abuja.

reports that four other suspected members of the terrorist group were arrested within that period. They allegedly confessed their membership of Boko Haram.

Major General Olu Irefin, General Officer Commanding (GOC), 81 Division, was quoted as saying that the eight suspects had been taken to Abuja, but said there was no cause for panic as the military were fully on ground to secure Lagos and Ogun States from insurgents’ attack.

According to him, the Operation Crocodile Smiles had kicked of, adding that the army had started on the background and had gone for simulation with all the security agencies involved in the exercise.

He said the exercise proper would kick off on November 19 and that it was shifted November 11 because of the Nigerian Army’s Small Arms Firing Exercise holding between November 11 and 15 in Ibadan.

“There is no cause for alarm within 81 Division’s area of responsibility. We have been on top of our game on this Boko Haram issue. We are not sleeping and the people are assured of their safety throughout this period and beyond.

“Citizens can go about their lawful duties without panic because security agencies are doing a lot to protect them. Lagos is safe. There is no Bono Haram scare and the people should not be afraid. We are not sleeping,” he stated.

Balogun market in Lagos on fire