Operatives of the Federal Special Anti-Robbery Squad, FSARS, Lagos Island, Lagos have made a major breakthrough in the fight against kidnapping and other vices as they rescued an Ogun State based businessman, Alhaji Rilwan Olaleye Alesh, a.k.a AK Alesh from kidnappers’ den and arrested four suspects, PM News reports. 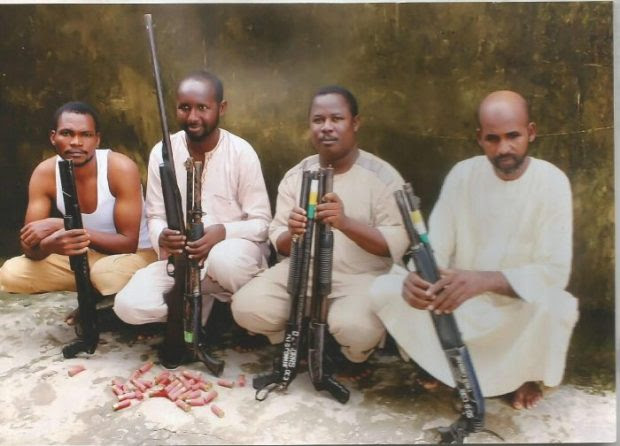 The businessman was rescued after about an hour gun-battle inside the Abule Kanji forest in Eko-Efonalaye area of Ogun State, Southwest Nigeria with the suspects.

The feat, according to the police, was made possible by the new Commissioner of Police, FSARS, CP Fimihan Adeoye following the directives of the Inspector General of Police, Mohammed Adamu.

A police source alleged that nemesis caught up with the suspects when the family of the victim sent a distress call to the Inspector General of Police, IGP Ibrahim Mohammed that their bread winner called them to say he had been kidnapped and that the kidnappers insisted that he must pay them N5 million before he would be release.

Following the report, according to the source, the IGP directed Adeoye to do all he could to rescue the kidnapped victim unhurt.

Adeoye directed his team, led by SP Ibrahim Yusuf to storm the Ogun State forest to rescue the victim and arrest the suspects.

Yusuf and his team swung into action and stormed the Kanji forest, to rescue the victim, but on sighting the operatives, the suspects opened fire on them, with the police engaging them in a gun-battle lasting for about one hour during which the police overpowered them with superior fire power, rescued the victim and also arrested the suspects.

The leader of the gang and others managed to escaped with bullet wounds.

Items recovered from the suspects, according to the source, include six pump action guns and ammunition.
During investigation, all the suspects allegedly confessed to the crime and stated that they had been kidnapping people in Ogun State since 2017, adding that their roles were to guard the captured victims from escaping.

A Police source said all the suspects would be charged to court after conclusion of Investigations.