The Governor of Ogun State, Prince Dapo Dapo Abiodun has strongly condemned the killing of students by men of the Nigeria Customs Service (NCS), on Monday at Ihunbo in Ipokia Local Government Area of the State, 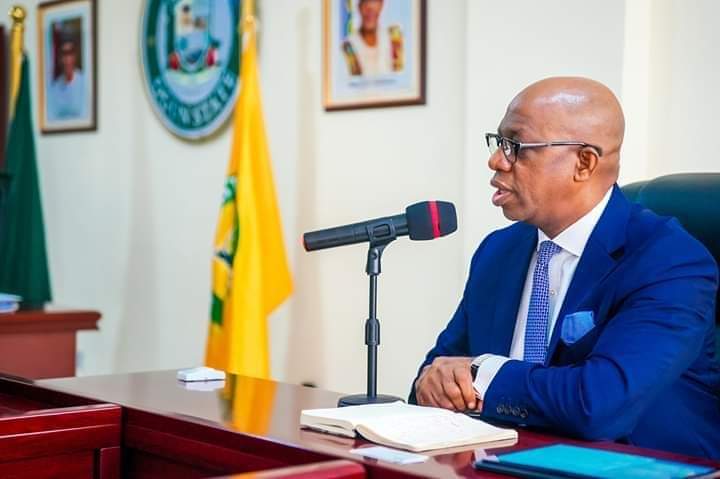 It was reported that some officers of the Service, in a hot chase of a vehicle suspected to be carrying bags of rice along the expressway, shot at it, killing three students of Ojumo community high school, Ihunbo instantly.

In a statement issued by cheif press secretary to the State Governor, Mr Kunle Somorin , the Governor said though he does “not support economic sabotage,” he condemns the “needless killing and will not tolerate recklessness and unprofessional conduct by officers of the Customs Service.”

The students, according to reports, had just closed from school, when they were reportedly hit by a vehicle being driven by an official of the Nigeria Customs Service (NCS).

While the three students were reportedly killed, other students were also said to have sustained varying degrees of injuries, as the Customs officials chased suspected smugglers.

The Governor said it was reprehensible that young children with promising futures lost their lives in such a manner.

The State Government, he said, would investigate the circumstances of the gory killing of these potential leaders of tomorrow with a view to preventing a recurrence and bringing indicted persons to book.

He prayed that the Almighty God would “grant the families of these innocent children the fortitude to bear the loss.”

Governor Abiodun pleaded for calm and patience on the part of the people of Ihunbo and Ipokia LGA at large, in the heat of this incident.

The Governor also advised for moderate engagements with suspected smugglers on the part of the NCS in civilian areas.

Sex For Grades: Falz tells Nigerians what to do