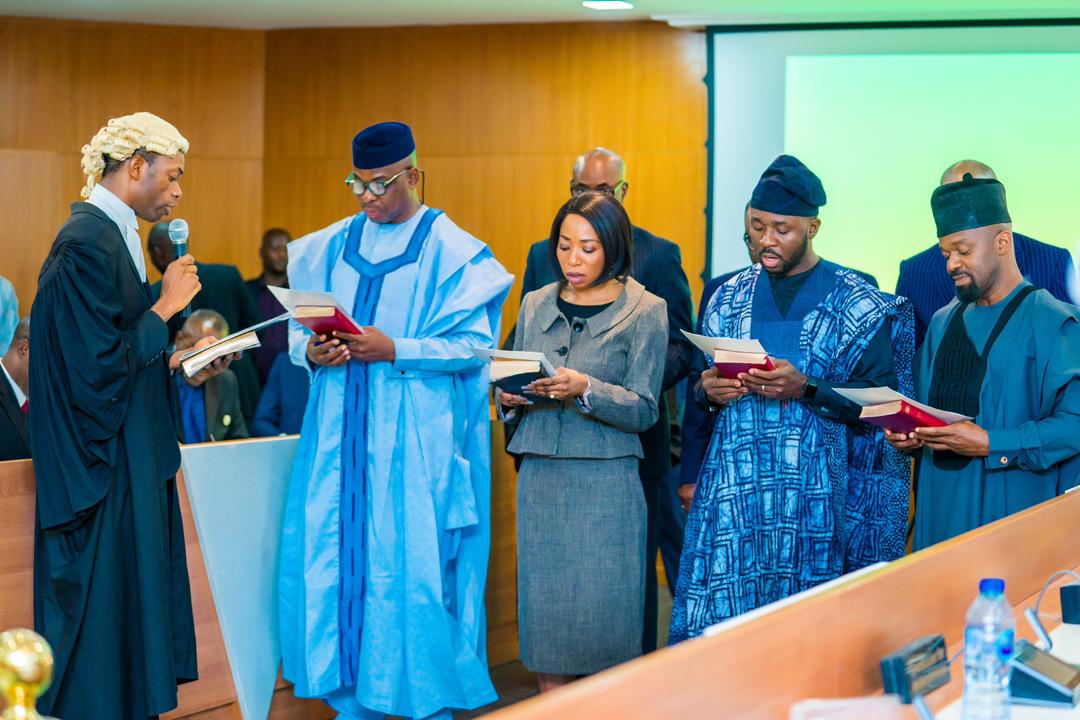 While swearing-in them in, at the Executive Chambers, Governor’s Office, Oke-Mosan Abeokuta, Gov. Abiodun charged the political office holders in the State to be ready to work hard, as the essence of government was to make live meaningful to the people. Among those sworn-in were a former Speaker of the State House of Assembly, Rt. Hon. Tunji Egbetokun as Senior Special Adviser on Political Matters; a former director at the Lagos State Inland Revenue Service, Mr Jide Sanwo as Special Adviser on Revenue and a co-founder of Africa’s leading human capital development agency,35-year-old Lekan Olude as Special Advise on Youth Empowerment and Job Creation.

Prince Abiodun said the people expected much from the administration, hence it was expedient of them to be up and doing in the discharge of their duties. He reiterated the essence of the mantra, ‘building our future together’ which he said would be a mirage, if political appointees fail to work together as a team.

He enjoined them to work in synergy with their Commissioners and civil servants to realize set objectives, encapsulated in the manifesto and blueprint under which the government was voted into power.

“Your swearing-in today is to formally place you in your various responsibilities. I want to request that you continue to do what you have been doing. Keep the vision of this administration at heart. Discharge your duties responsibly, as you will be held accountable at the end of the day”, the Governor counselled.

Prince Abiodun advised them to come up with a roadmap on how their various agencies would achieve the administration’s mission, as well keeping abreast with government policies and programmmes at all time.

Speaking in an interview, one of the Special Advisers, Pastor Remmy Hassan, said his appointment was a call to serve and an opportunity to add value to the Governor’s vision and the progress of the State.

Special Adviser on Job Creation and Youth Empowerment, Mr. Lekan Olude, said though this was his first time in the public service, he would work towards equipping the youth with relevant skills that could open up opportunities for them, while the Special Adviser on Rural Development, Mrs. Peju Shote, said she was ready to work towards opening up the rural areas for accelerated development at the grassroots level.

Why Tboss broke down in tears