The governor of Ogun state,Prince Dapo Abiodun has commended the Nigerian Export Promotion Council headed by Olusegun Awolowo for its role at ensuring that the organized private sector grows from just producing for sustenance to exporting goods outside the shores of the country. 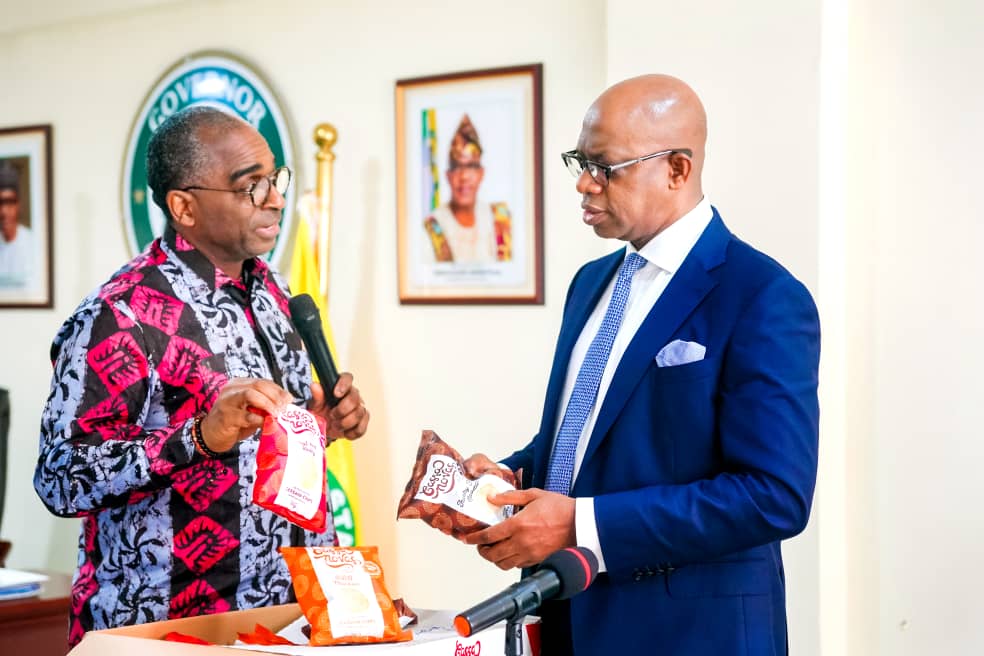 The commendation was given by the Ogun state Governor, Prince Dapo Abiodun in his Oke – Mosan office when he received the Executive Director and Chief Executive Officer of Nigeria Export Promotion Council, Olusegun Awolowo and his team.

The governor who said that the state owns the biggest industrial hub in the country, added that no other state in the country could match the state where capacity had being built and exported outside the shores of the country.

He noted that his administration disposition and deep commitment to the Public Private Sector Partnership had finally started to yield good fruits as an Irish company was set to have a company whose major drive was to establish in the state and invest in the area of dairy for export to China, adding that an Asian group was also on the radar to set up shop in the state and export to Asia as well.

Abiodun disclosed that as part of effort aimed at creating an enabling environment for investors in the state, two bills that would look at establishing the states PPP model and the Ogun State Investment Promotion Agency, had being sent to the Ogun State House of Assembly, adding that the process would help his administration to institutionalize its vision and commitment to the public private sector partnership.

” We are currently trying to pass two bills with the house of assembly, one is that which is establishing our PPP law and the second one is for establishing our Investment Promotion Agency, those are two laws that are so much needed to help us institutionalize our vision and commitment to the public private sector partnership, ” he said.

He noted that the state government was poised to being focused and qualitative, adding that doing so would avail his administration an opportunity to create an enabling environment for public private sector partnership which would help stimulate the economic growth of the state, adding that stimulation of the states economy would translate to individual prosperity.

In his remarks, the Executive Director and Chief Executive Officer of Nigeria Export Promotion Council, Olusegun Awolowo said he believed that the governors experience in the business private sector would help him to transform the fortune of the state into a big industrial hub for the country.

Why I’m yet to appoint my Commissioners, says Dapo Abiodun