African Democratic Congress (ADC) candidate in the March 9 governorship poll in the state. 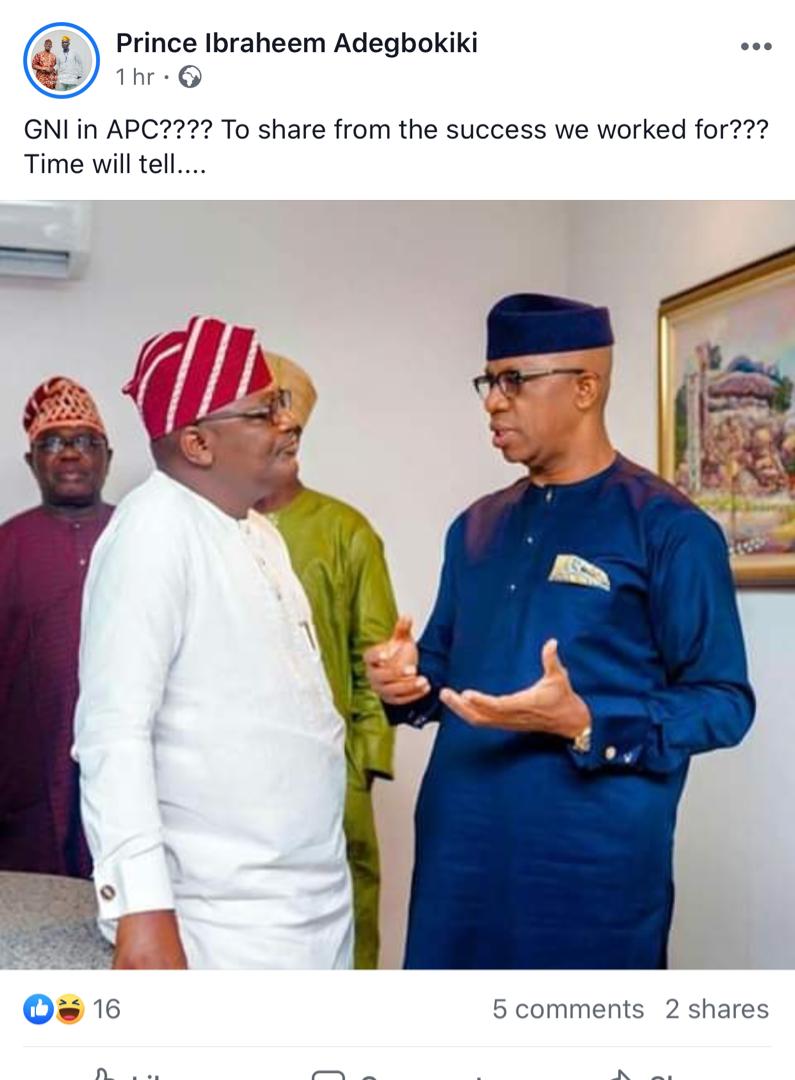 Prince Gboyega Nasiru Isiaka, has hinted that he would be leading three members of the state House of Assembly elected on the party’s platform and other party leaders to join the All Progressives Congress in the state.

Isiaka, a three-time governorship candidate, gave the hint on Monday night after he, alongside some party leaders, held a closed door meeting with Governor Dapo Abiodun at the governor’s office in Abeokuta.

Speaking with reporters after the meeting, Isiaka said he and his loyalists may announce their exit from ADC in the coming days.

When asked when he would formally decamp, Isiaka said a decision would be unfolded to the public within the next couple of days.