At least 50 people are reportedly trapped under the rubble after a 21-storey building collapsed in Ikoyi, Lagos State, Arise TV is reporting, quoting witnesses. 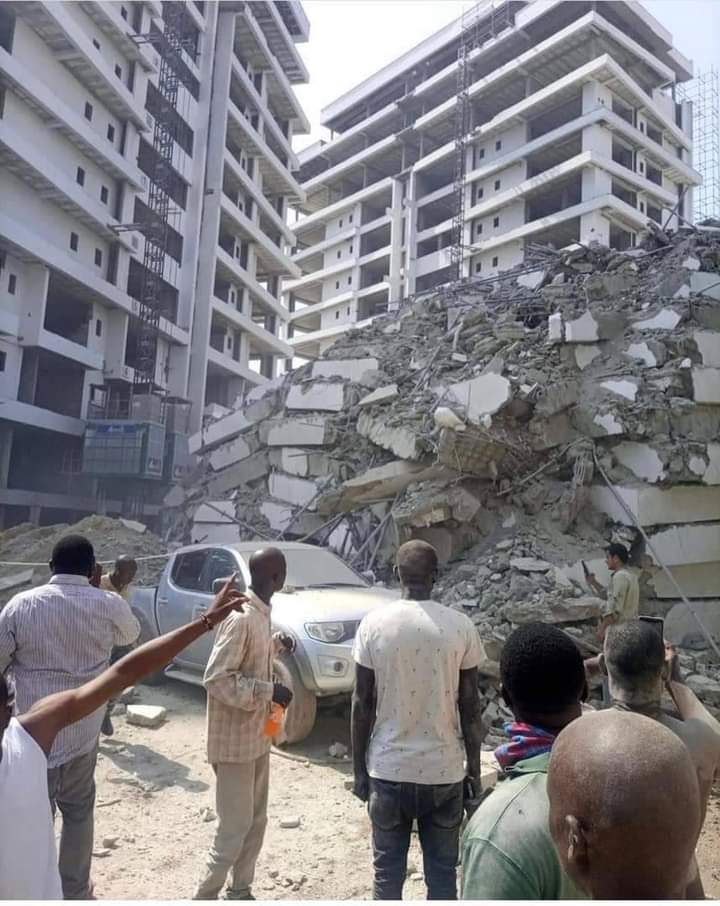 A 21-storey building has collapsed in Ikoyi, Lagos State.

The building located at 20, Gerrard Road, collapsed around 3 p.m. on Monday.

Mr Farinloye said emergency responders are heading to the scene.

It is unclear the number of casualties from the building collapse or how many people are trapped.

More details will be provided in subsequent reports.