At least 15 passengers have been killed and over 30 injured in an accident at the Omi River in Ogun State. 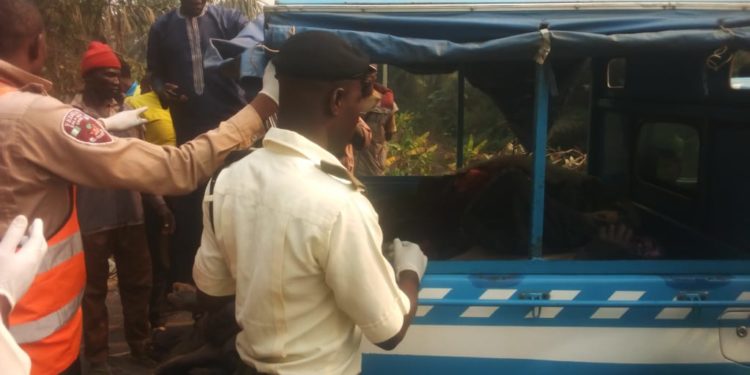 The accident involving a white truck from Sokoto State with registration number XE331MKA overloaded with passengers was said to have occurred at the early hours of Tuesday by the Ajegunle Bridge, along Ibadan-Ijebu Ode highway.

At the time of this report, rescue operation led by the Federal Road Safety Commission (FRSC) was still ongoing.

Ogun Sector Commander Clement Oladele confirmed the incident, adding that the recovered bodies were recovered from underneath the bridge.

He said rescue efforts were easy because the Omi River had dried up, adding that those injured have been rushed to the hospital.

He said the possible cause of the accident was fatigue, adding that the vehicle veered off its route into the river
According to Oladele, the Hausa leader in the area was making plans with the police for mass burial for the dead victims.