The All Progressives Congress candidate for Ogun Central Senatorial district, Shuaib Afolabi Salisu, SAS has congratulated His Royal Majesty, Oba Dr. Saka Adelola Matemilola on his coronation and the official presentation of the staff of office as the 14th Olowu of Owu kingdom, Abeokuta.

In a statement issued by his media office, the APC senatorial candidate described the newly crowned monarch as a selfless leader with the right temperament and attributes that will chart a new course for the highly revered Owu traditional stool, Egbaland and Ogun state in general.

As a thorough-bred Mechanical Engineer with a Doctorate Degree in Applied Mathematics from the University of Cambridge, Salisu said he does not doubt that the new Olowu will use his gift and intellect to serve his people meritoriously.

The APC senatorial candidate adds that the people of Owu Kingdom, who are among prominent constituents in Ogun Central senatorial district he will be representing at the senate from 2023, by God’s grace are blessed to have a renowned Engineer, whose exploits in the business world spread across several sectors, including oil and gas, community service, and national development.

“On behalf of my family and the good people of Ogun Central Senatorial district, I heartily congratulate His Royal Majesty, Oba Dr. Saka Adelola Matemilola on the occasion of his coronation as the 14th Olowu of Owu. Oba Matemilola is an epitome of dedication and selflessness in private, public, and community service who has used his position as an Engineer to uplift the standards of life of so many people through the provision of social amenities, mentoring of youths and education support to indigent students of the state.

“As you ascend the throne of your forefathers, may your reign usher in a new era of peace, stability, and progress in Owu kingdom, Egbaland, and Ogun state as a whole,” he said.

Salisu also describes the new Olowu as being very trust worthy and loyal to his friends and he (Salisu) is proud of their association dating back several decades.

“I congratulate Oba Dr. Saka Adelola Matemilola and I pray that the Almighty God will continue to bestow on him the wisdom, knowledge, and understanding for a reign of peace, prosperity, and love in Owu Kingdom” 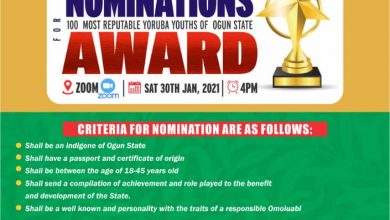 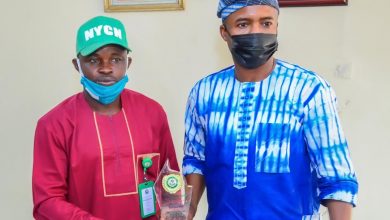