The reports which went viral like a wildfire had two versions; the first was that the alleged victim was a man while the second claimed it was a woman.

Reports further emerged that the woman was being blackmailed by her lover whom she was allegedly having an affair with.

The next day, photos of a Texas-based Nigerian lady, Toyin, went viral from a particular social media handle and later escalated to news outlets and blogs, as the lady that committed suicide.

The person even shared her private conversations with her lover and also their nude photos.

The woman has now taken to her Instagram page to debunk the rumour that she is dead.

She shared the above photo and wrote; 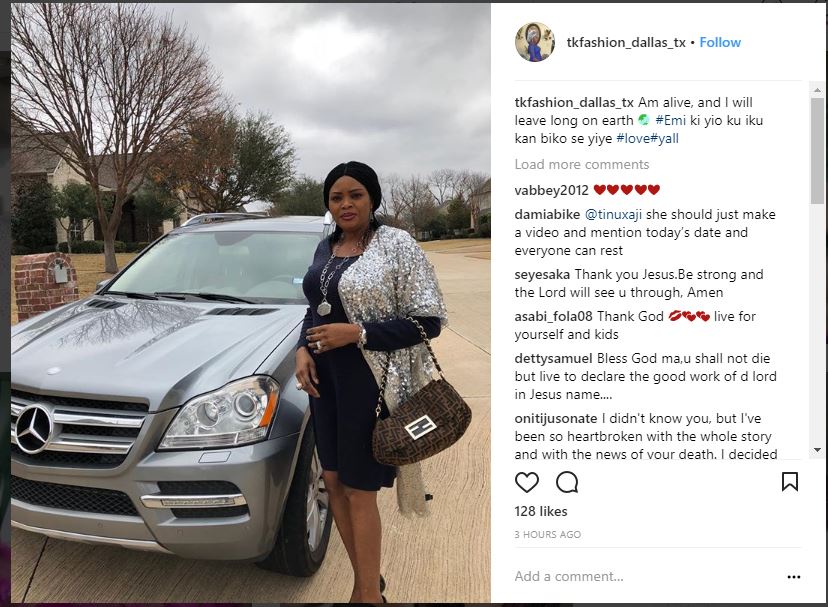