The Islamic State leader Abu Bakr al-Baghdadi has been killed by US special forces in a raid on his Syrian safehouse, Donald Trump announced on Sunday, ending a years-long manhunt for one of the world’s most wanted terrorists. 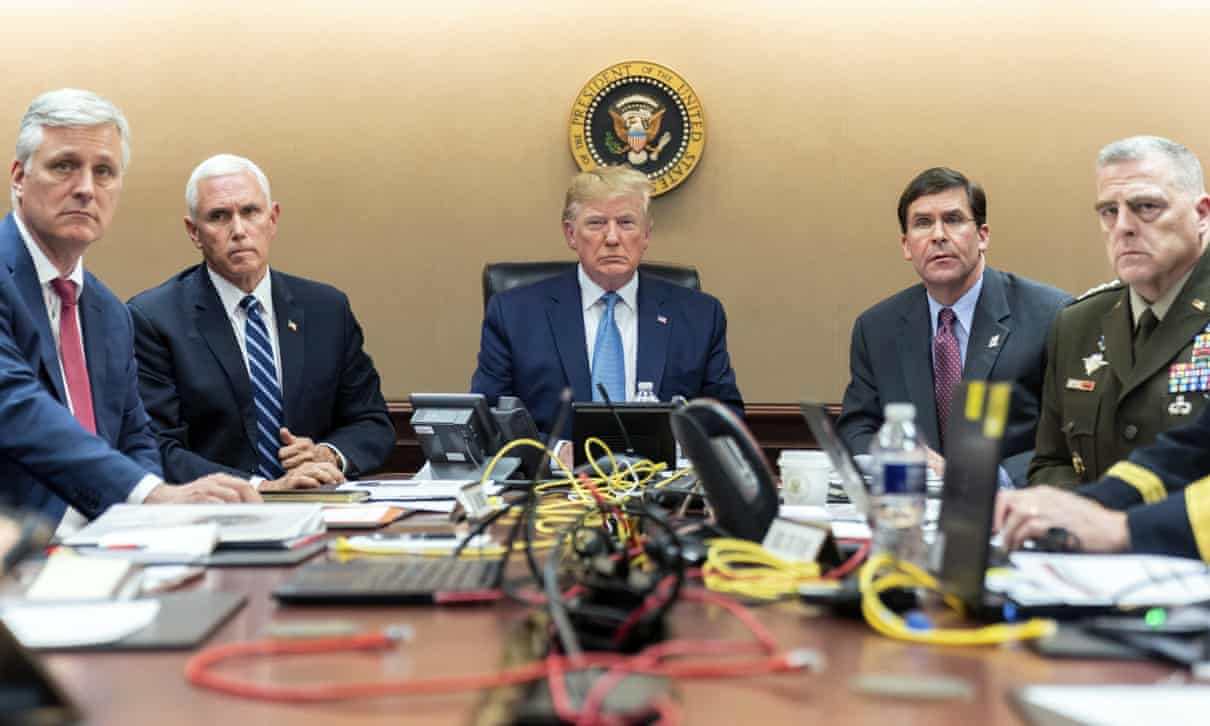 Trump said the “impeccable” two-hour operation was conducted on Saturday night in the province of Idlib, one of the last areas of the country still outside Syrian regime control, and that US officials had confirmed Baghdadi, 48, was among those killed.

“US special operations forces executed a dangerous and daring nighttime raid in north-west Syria and accomplished their mission in grand style,” Trump said.

The Isis leader died “running into a dead-end tunnel, whimpering and crying and screaming all the way,” he said.
Isis leader Abu Bakr al-Baghdadi killed in US raid, says Donald Trump – 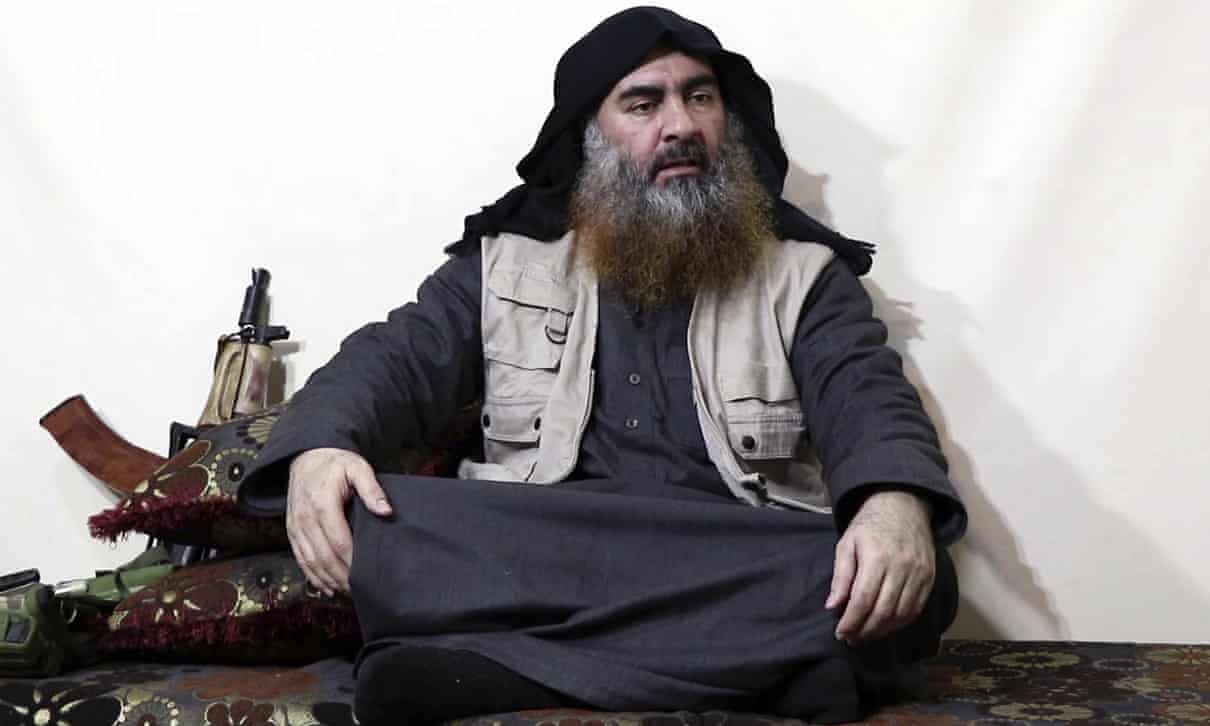 Baghdadi detonated a suicide vest and killed himself and three of his children, Trump said. “He died like a dog, he died like a coward. The world is now a much safer place.”

Trump said US forces were engaged with “massive firepower” as they arrived at the building where Baghdadi was sheltering with his family and associates.

“The compound had to be cleared at this time with people either surrendering or being shot and killed,” he said. “Eleven young children were moved out of the house and are uninjured.

The only ones remaining were Baghdadi in the tunnel and he had dragged three of his young children with him. They were led to a certain death. He reached the end of the tunnel as our dogs chased him down.
Advertisement

“[Baghdadi] ignited his vest, killing himself and the three children,” Trump said. “Test results gave certain immediate and totally positive identification, it was him.”

The US president had presaged the news of Baghdadi’s death in characteristic style, inviting speculation by tweeting at 9.23pm on Saturday evening in Washington: “Something very big has just happened!”

The first reports broke hours later that US special forces had been involved in an operation in Idlib targeting a senior terrorist leader who was soon reported to be the Isis chief.

Over the past month, the manhunt for Baghdadi intensified after Iraqi officials identified a Syrian man who had moved his family members and wives from Iraq to Syria. An Iraqi intelligence official said the wives of Baghdadi’s two brothers, Jumah and Ahmad, along with other family members, were monitored as they moved to the region. The information was passed to the CIA earlier this month, the officials say.

Telegram accounts linked to Isis were on Sunday offering prayers for Baghdadi, but not confirming his death. The terror group no longer controls territory in Syria or Iraq after a five-year war across much of both countries.

Several Syrian rebel groups active in Idlib province say they had been asked by US officials over the past fortnight to establish whether senior Isis members were hiding in Idlib.

The region is mostly held by Hayat Tahrir al-Sham, an Islamist group that opposes Isis and routinely executes people thought to be affiliated with the group. Though long speculated to be a possible hideout, Idlib had been thought by many regional officials to be too risky a proposition for Baghdadi ,who was more accustomed to the deserts of Iraq, where his organisation had risen.

For days, US officials had feared that Isis would seek to capitalise on the upheaval in Syria. But they also saw a potential opportunity in which Isis leaders might break from more secretive routines to communicate with operatives, potentially creating a chance for the US and its allies to detect them.

Baghdadi, who had a $25m (£19m) bounty on his head, was long thought to be hiding somewhere along the Iraq-Syria border. He had led the group since 2010, when it was still an underground al-Qaida offshoot in Iraq.

Despite losing its last significant territory, Isis is believed to have sleeper cells around the world, and some fighters operate from the shadows in Syria’s desert and Iraq’s cities.

The group claimed responsibility for a series of suicide bombings in churches and hotels in Sri Lanka that killed more than 250 people in April, though police in the Indian Ocean island country say they are yet to establish a direct link to the terrorist group.

Fake doctor held for ‘fatal abortion’ on housewife in Ogun