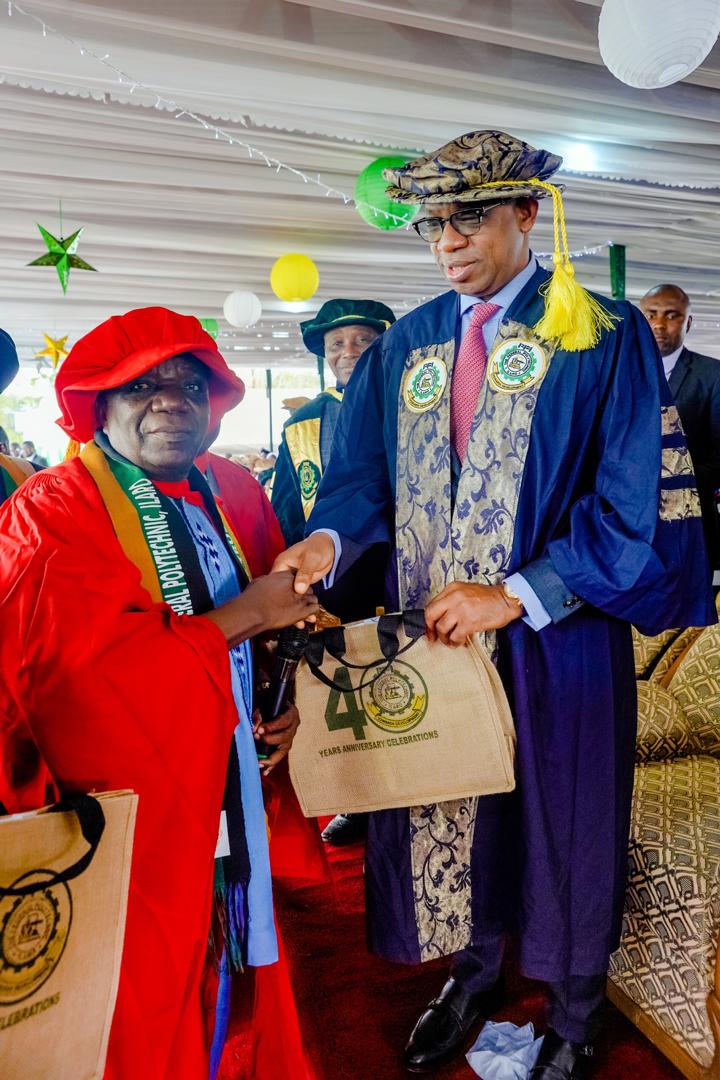 Miss Akintola graduated with a cumulative average grade of 3.90 out of the maximum 4. 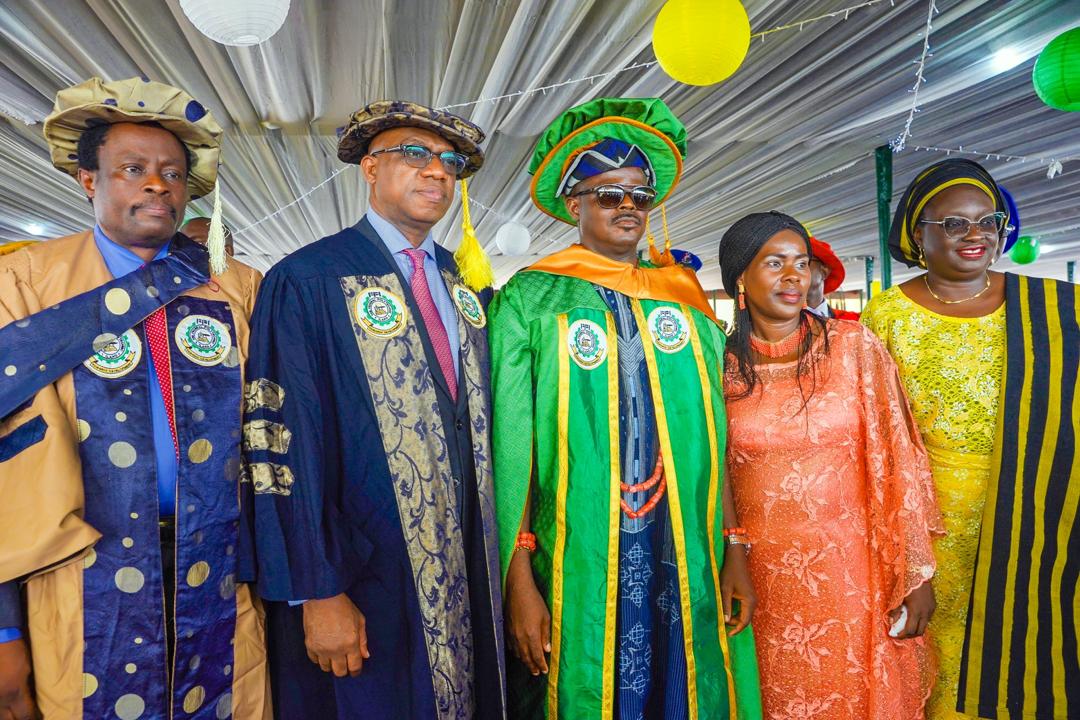 She would commence work immediately after her mandatory one year national youth service scheme.

Prince Abiodun made this known at the 40th anniversary and 19th convocation ceremony of the polytechnic, held in the school premises on Wednesday.

The governor said that the decision to offer the best graduating student an automatic employment was done to encourage others to do more.

The governor commended the management of the institution for producing the new set of graduates whom he said would join the league of qualified human resources for the continued development of the State, saying that it is important that schools, parents, government, and other stakeholders match the school curriculum with the development needs of the society.

Abiodun noted that his administration would continue to give education the priority that it deserves.

He added that the state remains committed to providing qualitative education for children in the State, irrespective of their location, gender or social status.

“Our administration remains committed to give education the priority it deserves. We remain committed to providing qualitative education for children in the State, irrespective of their location, gender or social status.

“Our belief is that a well educated citizenry would not only be useful to himself or herself, but will also contribute positively to the development of our dear State. This is the underlining message of the ‘Building our Future Together’ agenda,” he said.

The governor used the occasion to inform the gathering that his administration since it assumed office has resolved the issues at Moshood Abiola Polytechnic, and the embattled Tai-Solarin College of Education (TASCE), Omu, Ijebu, adding that the state government has set up a Government Delivery Unit for education in the state.

The governor, while acknowledging other awardees, said that their respective awards were in recognition of their various contributions to the development of humanity, reminding them that the awards were a call to higher service and more responsibilities.

In his welcome address, the Rector of the Polytechnic, Arc. Olusegun Aluko noted that the institution, which was celebrating its 40 years of establishment and its 19th convocation ceremony and conferment of honorary fellowship of the institution on three notable citizens of the country had gone through a tough period to end at its present state of excellence.

He disclosed that the three notable citizens to be conferred with honorary fellowship of the institution include the Alaafin of Oyo, Oba Lamidi Olayiwola Adeyemi, Olu of Ilaro and paramount ruler of Yewaland, Oba Kehinde Olugbenle and the Otunba Olu of Ilaro, Dr. Anthony Ibikunle, who was instrumental to the establishment of Music and Art and Design Departments of the institution.

Aluko however, disclosed that the institution would not rest on its oars as plans are underway to introduce twelve new programs, start the award of degree certificates in affiliation with two reputable institutions in the country, even as he urged the graduands not to rely only on their paper qualifications, but the skills they acquired through the various entrepreneurship programs of the institution.

He commended the governor for gracing the occasion, saying that his presence was the first time in fifteen years that a sitting governor will be attending the convocation program of the institution.

In his address, the visitor to the institution, President Muhammadu Buhari, who was represented by Dr. Joel Ojo, said that the ceremony was a time to take stock of the institution’s challenges and reward excellence.

He added that the Federal Government was committed to growing the sector by providing funding through Tetfund.

While congratulating the graduands, he urged them to be creative and embrace the role of a change agent to make the country better.

He called on the Alumni of the institution to embark on meaningful projects by way of endowment fund for the development of the polytechnic.