The 2021 budget proposal for Ogun State Ministry of Environment has been estimated to the tune of N1.678b.

Commissioner for Environment, Hon Abiodun Abudu-Balogun stated this while defending the ministry’s proposed 2021 proposed budget estimates during the state Treasury Board Meeting at Oke Mosan, Abeokuta.

When speaking on the ministry’s 2020 budget performance, Hon Abudu-Balogun said it has surpassed its Internally Generated Revenue (IGR) by 103 percent as at October 31st, believing that by December 31st, it would have risen to 135 percent.

He attributed the success to internal reform adding that with a proposed #1.678bi budget for 2021 fiscal year, the ministry would do more better with the revenue targets.

In another development, the commissioner explained that the ministry would ensure full compliance with the state Environmental Sanitation Laws for a more clean and healthy environment.

He remarked that despite public enlightenment and regular engagement with sanitation stakeholders on the need to make the environment safe and conducive for everyone, some recalcitrants individuals and companies still flout the environmental laws.

He also hinted that the ministry would ensure full compliance with the laws through fines and prosecution as the state government would not tolerate dumping of refuse in canals, gutters, water courses as well pollution and waste water discharge by industries come next year. 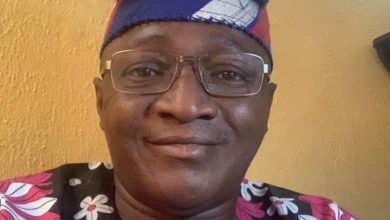